GeekHunter points out that tech jobs increased by 136% in 2021

per Roberta Souza
-
–
in Economics, Business and Politics, Jobs 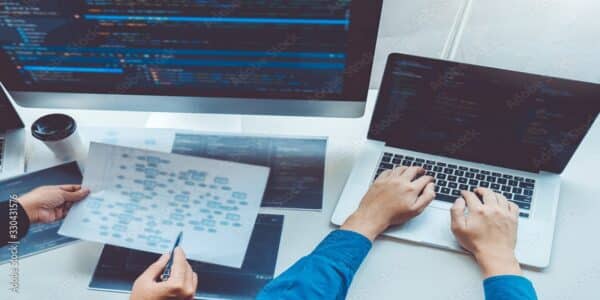 Recruitment startup GeekHunter also points out that the estimate is that another 15,000 tech jobs will open in 2022.

The technology sector has shown a rapid recovery after the impacts of the pandemic. According to GeekHunter, last year the number of open tech jobs increased by 136% compared to 2020, with more than 90% being for remote work. The hirings carried out showed an increase of 182%.

Based on these results, it can be proved that the technology sector is the one that has been recovering the most and generating job vacancies. It is estimated that on GeekHunter's base alone, more than 15,000 job openings will be opened this year.

According to the CEO and founder of GeekHunter, Tomás Ferrari, “Today, traditional companies and several areas such as marketing and sales, whose core business is not technology, have expanded their demands and also see the need to have developers in their teams to support your digital transformation.” In this way, IT professionals, who were previously restricted to technology companies, began to be even more sought after by other sectors, creating even more demand.

Despite the large number of job vacancies, the technology market still faces a shortage of manpower, which results in the rise in the average salary of technology professionals.

according to Accounting Journal, professional Back-end developers had the biggest monthly average increase last year, with salaries exceeding R$ 7,700, equivalent to 10,03%. Next comes Full Stack, with an increase of 8,67%, Mobile with 5,58%, Data Science with 3,25% and Front-end 2,83%. The salaries that have already registered the highest increase in 2022 are for mobile professionals. The average salary went from R$ 7.5k last year to R$ 10.1k in the first months of 2022, up almost 34%.

Remote job openings and demand for the English language

GeekHunter's research showed that more than 90% of tech job openings in the past year were working from home. In 2019, only 25% of job openings accepted remote work. Another survey carried out by GeekHunter pointed out that 55% of professionals would resign if the company did not maintain the remote modality, adopted on a large scale with the pandemic.

According to the CEO, remote work is no longer a matter of choice for companies, but for candidates. If companies do not adapt to this new scenario, it has great challenges to attract great talent and is limited to a small audience that is available for face-to-face job openings. The remote model also increases the chances of finding good professionals regardless of where they work.

GeekHunter also pointed to an increase in demand for professionals with proficiency in the English language, intermediate and fluent levels. The company highlights that with the home office, job vacancies abroad have also expanded and, consequently, English becomes something fundamental.

Naves do Conhecimento provide 13,000 places in free online courses in the areas of technology, computing and entrepreneurship

Naves do Conhecimento announced the opening of registrations for 13 thousand places in free online courses in several areas such as technology, entrepreneurship and computing in Rio de Janeiro. The training will be given in a hybrid modality, that is, in person and online. Students of online courses will also have free workshops and lectures in the schedule available in May. To learn more, read this article in full by clicking here.

Tags: GeekHuntertechnologyJobs
previous post Grupo Mirassol is offering several job openings in São Paulo
next post Volkswagen has activities interrupted for 20 days, due to the shortage of semiconductors in the ABC region of São Paulo