Finally, Shell was released and will use ports in Rio and Niterói in its operations 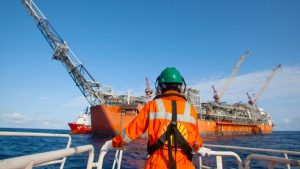 Shell acquired blocks in Gato do Mato and Gato do Mato Sul in the second round of oil auctions in October 2017, but only now was it authorized to license these assets, as they say, “better late than never”. Bearing in mind that these acquisitions by the Anglo-Dutch company are in the form of a consortium together with the oil company Total, in the pre-salt layer of the Santos Basin. In a very naughty way, Shell and other multinationals have been gaining ground in national exploration.

According to Shell, seismic data acquisitions are scheduled to start in July 2019. The territorial extension that will be covered for data acquisition is within a perimeter of 9,400 km² which, in the end, will end up taking the area Maromba as well, which can be an indirect and potential benefit for the oil company.

In order to carry out this type of operation, multilateral logistical planning by the companies involved will be necessary, but the good news is that the port bases in Rio de Janeiro, Niterói and Jacarepaguá will be used in the operations of Shell and the data acquisition company, which will certainly provide more future opportunities in all instances of this sector.

These are vessels that use cables and sensors that are several meters long and that are dragged into the sea. These systems emit “sound bursts” towards the ocean floor, which again deflects in the form of 3D images, similar to sonar. There are more advanced equipment that can now emit signals that can be viewed in 4D, providing more complete logging information and more accurate data.