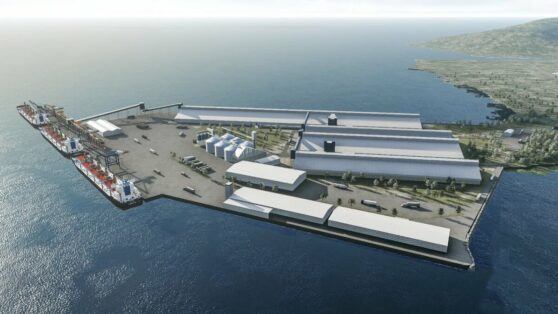 With the six new silos scheduled to be delivered in the second half of the year, Porto Ponta do Félix will achieve an even more efficient infrastructure for the storage of cargo such as barley, malt and wheat.

Located in the Antonina region, on the coast of Paraná, the Porto Ponto do Felix announced during this last Monday, (02/05), a new investment in the place. Thus, a total of R$ 45 million will be applied to improve the cargo storage infrastructure and build six new silos, with a focus on operations with products such as barley, malt and wheat throughout 2022.

The management of Porto Ponta do Félix announced a new investment package in infrastructure that will be carried out throughout this first half of the year at the location. Thus, within the plan, a total of R$ 45 million will be applied to the construction of six new cargo storage silos. In addition, each silo will have a static capacity of 6,700 tons, totaling 40,000 tons that will be essential for operations in the Paraná complex.

The investment package is also providing for an expansion of the port area to achieve an even more adequate infrastructure within the cargo storage and transport operations. In this way, the construction of a new warehouse for fertilizers will also be carried out in an area of 17 thousand square meters, with a capacity for 120 thousand tons. The site currently has 65,000 square meters of storage infrastructure, with an estimated static capacity of 270,000 tons in total.

And, with the development of the new infrastructure plan at the port, Ponta do Félix will achieve a new perspective of expansion for cargo storage. Furthermore, the expansion works are already underway and, after all phases have been concluded, the estimated static capacity rises to 430 thousand tons. The construction of the new six silos will be essential for the storage of barley, malt and wheat and the final delivery forecast is for the second half of the year. This is one of the biggest infrastructure contributions the port has made in recent years to improve the efficiency of operations.

Some companies had already closed a previous long-term contract with the management of Porto Ponta do Félix during the last few months. Thus, the construction of the new silos will preferably serve these companies in a total period of 10 years for the storage of cargo. The companies in question are the Petrópolis breweries, from Rio de Janeiro, which make several beer brands, including Petra and Itaipava; and the Uruguayan Barley, supplier of malt.

With that, the president of Porto Ponta do Félix, Gilberto Birkhan, commented on the investment and highlighted the search for improvements and modernization of cargo storage operations. The executive stated that “The investments are focused on equipment, with the installation of concrete silos, which allow less impact of the external temperature on the quality of the stored products. In this way, we promote the integrity of the products and gain in the quality of what reaches the producers”.

Porto Ponta do Félix achieved great results during 2021 and the construction of the new silos will be essential for the continuity of this growth. Thus, there was an expansion of its operations portfolio, improvements to the maritime structure and investments in expansion works that ensured more than 70% of growth in 2021.