per Valdemar Medeiros
-
–
in Economics, Business and Politics 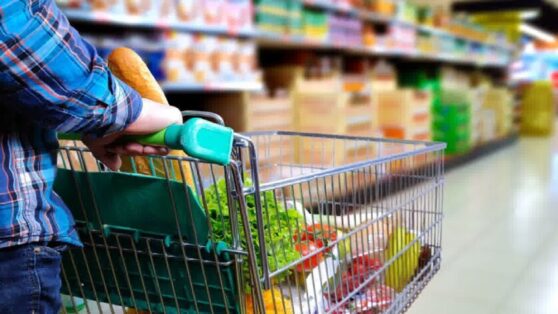 Inflation has high prices for items consumed on the Brazilian table. (Photo: Pixabay/Luizin)

With the objective of mitigating inflationary pressure, the Federal Government announced the reduction of import taxes on more than 10 products. Most of the products are tax-free until December 31st.

The Federal Government announced this Wednesday (11), the reduction of the import tax on 11 products. THE tax cuts aims to alleviate inflationary pressure on food and other products and will enter into force from this Thursday (12), valid until December 31. The intention is that the tax reduction makes the acquisition of these products, which are imported from other countries, cheaper, resulting in a drop in the price of products on the supermarket shelf.

List of products that are within the import tax reduction

According to Herlon Alves Brandão, Undersecretary of Intelligence and Foreign Trade Statistics at the Foreign Trade Secretariat, the estimate is that the measure taken by the Federal Government will generate an impact of up to R$ 700 million in federal tax collection. However, the value of the amount will depend on the exchange rate, the countries of origin of the products and the volume of imports.

Already the cookies and cookies, went from 16.2% to 0%, the same thing that happened with other bakery products, biscuit and pastry industry. Corn in grains, which previously suffered 7.2% of import tax, is now at 0%.

According to Ana Paula Repezza, executive secretary of Chamber of Commerce, in addition to food and products related to agricultural production, two categories of steel rebar were also included in the list.

Repezza says that it is obvious that this will have an impact on inflation, but not directly, but through construction prices. This is a question raised by representatives of the sector that had already been technically analyzed at the Ministry for 8 months.

The Federal Government reduced from 10.8% to 4%, being the international average and the objective is to generate greater competition and impact the construction sector positively, generating thousands of jobs.

The reduction of the import tax by the Federal Government for these products is via the Mercosur's List of Exceptions to the Common External Tariff (LETEC), so it was necessary that other products from the list were removed, such asmozzarella cheese and clonazepam medicine.

In the month of March, the Camex the rates for ethanol and other foods such as ground coffee, cheese, pasta, margarine, sugar and soybean oil had already been zeroed. At the time, the Ministry of Economy said that the decision was part of an initiative to contain high inflation.

In order to reduce pressures on prices, the Federal Government has also taken measures in this area. In November, a 10% tax was cut for a group of products comprising 87% of the tariff universe in Brazil. At the time, the government stated that there was urgency to deal with the rise in prices.

Tags: SteelBolsonaroFederal governmenttaxestax cuts
previous post Government project, Social tariff, will provide a discount on the electricity bill
next post With the global automotive market suffering from high commodity prices, companies are being 'forced' to use renewable energy and accelerate the process of electrifying the vehicle fleet to contain operating costs.