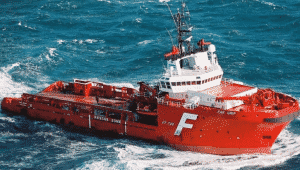 With a proposal of US$ 28,800 per day, Farstad Shipping begins to dominate the AHTS vessel market in Brazil

[supsystic-social-sharing id='1′]Farstad Shipping is a Norwegian company that owns a front of AHTS-type carrier ships active in Brazil for a long time. With new bidding rounds from Petrobras, the company ended up leading due to the presented budget of US$ 28.8m daily for charter contracts. Its operations will start within 2 months from the date of signature of the contract.

THE Norskan offshore, a company of the DOF group, also had a good rating in the IDB, but it ended up presenting a budget that did not please the Brazilian state-owned company, opening the way easily for the farstad. Despite this, Petrobras released in a note that it will open another batch of commercial bids, in which Brazilian and international ships can participate.

The major concern of experts at the moment, according to industry experts, is the low bid prices it greatly increases the competitiveness of the market without taking into account the operational costs in exchange for a contract, the tendency is that the accounts cannot be closed for these companies, one hour or another. Many still prefer to work with a low budget than having a vessel stopped, consequently, these costs are passed on in the form of a discount on the salaries of seafarers and suppliers.

Do you want to become a maritime professional and enjoy the moment that the sector starts to heat up? Then access the article in which we explain the correct procedure and the steps to follow this career! You will be able to act on merchant ships, support vessels and everything that involves nautical.