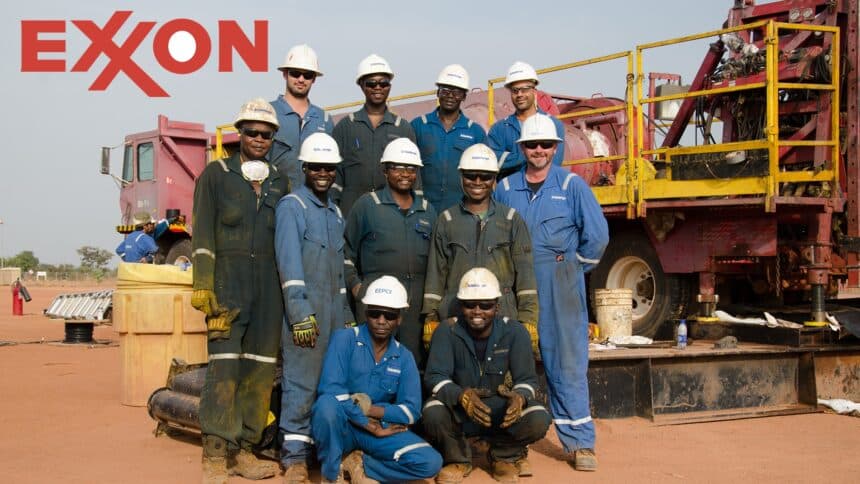 Working at Exxon Mobil is a dream for many professionals, this is natural, if we consider the fact that it is one of the largest oil tankers in the world and now has a strong presence in Brazil, mainly in the Campos Basin, to which it won several exploratory blocks and is now partnering with Petrobras. Paulo Henrique Amorim say it, he didn't like it at all and released the verb about Exxon on video (Check it out here). But for now, she still doesn't have effective hires in Brazil, she is just doing some seismic surveys to better evaluate her acquisitions, in 2019 that the "thrush will really start to sing".

Let's go to Angola, which is the scope of the article. One of our connections, who is an Oil and Gas Engineer in Angola, informed us that a local Human Resources company is responsible for recruiting some oil and operational professionals to work in the country. We were able to check the company's contact details and verify that they were really receiving CVs but for a few functions and that they accepted people who spoke Portuguese.

But for fear of filling your email box and overloading their server, there was a little resistance, but then Click Petróleo e Gás gave the same solution that we did with Alphatec Engenharia, in which we send our CVs through a form. So friends, stay tuned because the scheme will be the same. We have prepared 3 different forms, which you must fill out properly. Follow them in click on the colors to access the form 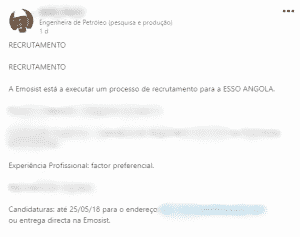 On the 12th (Saturday) we will send all the company information to you via Whatsapp, with the email address and recruitment phone number, so fill in the form data correctly. We will not reveal the contact now to avoid inconvenience to the company, since many sites copy our articles and are spreading the contacts around without any criteria.