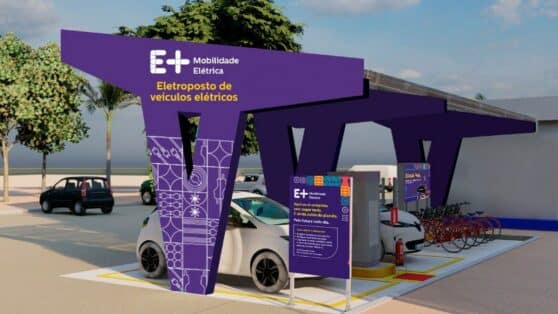 Equatorial Energia has just opened the first electric car service station in Maceió, in the state of Alagoas. In total, R$ 265 thousand were invested to install the equipment.

This Wednesday (11), Equatorial Energia inaugurated the first charging station for electric cars in Maceió, in the state of Alagoas. The post was installed in the Vera Arruda corridor and will work in partnership with the city of Maceió. The equipment will be used to supply electric cars and will be available for 24 hours free of charge. An amount of R$ 265 thousand was invested for the installation of the equipment. The electric station provides two charging points for electric cars, which take about three hours to recharge, and can take a maximum of 6 hours, depending on the model of the electric car.

There will also be four points at the charging station for recharging motorcycles, scooters and bicycles. The equipment is the first in Alagoas, however, the company has already carried out similar projects in Piauí and Maranhão.

The initiative aims to contribute to electric mobility and promote the use of sustainable transport. According to Equatorial Energia, the project in Maceió has the Aneel Research and Development Program as a source of investment. Recharging will be done free of charge, through the T2 charging station for electric cars, which, according to Equatorial, is the best-selling electric car model in the country.

To have access to the equipment, citizens will not need to perform any type of registration or registration, as long as the points are available, just plug the vehicle and charge. The energy that will be supplied for charging electric cars will be made available through solar energy panels during the day and supplemented by the electricity grid when there is no sun.

Ten electric bicycles will also be available at the electric station for free rides. To use the vehicle, you must be at least 18 years old, complete a registration and download an application. To access the bikes, the application that must be downloaded is the E + electric mobility, available for android and IOS operating systems.

How will bicycle systems work?

At the electric station for electric cars in Maceió, ten bicycles for rides with free access will also be available. In the aforementioned application, the customer registers for the bicycle to be released.

Those who access the bike will be able to make a journey of up to 5 km for a maximum of one hour. With a recharge it will be possible to cycle at the electric car station, located in the Vera Arruda Corridor, to the Atlantic, in Pajuçara, or to the end of the Jacarecica waterfront and return to the starting point. The bicycle loan service will operate from Monday to Saturday, from 14:00 to 22:00 and Sunday from 8:00 to 16:00.

In addition to Maceió, Grupo Equatorial inaugurated in Teresina, at Parque da Cidadania, the first charging station for electric cars, bicycles and motorcycles and during the ceremony for the inauguration of the equipment, the donation of an electric car to the municipal government was closed.

According to the president of Equatorial Piauí, Lener Jayme, through this electric mobility initiative, the company seeks to contribute to decarbonization, using renewable energy, such as solar, as a power source. The objective is to promote the use of renewable energy and encourage the reduction of environmental impacts from the use of fossil fuels.

The electric car donated to the city hall will be used in municipal management inspection actions. According to the Secretary of State, Elisabeth Sá. In addition to developing a sustainable proposal for transport, it is necessary to think of solutions that reduce the impact on the environment, added the secretary.