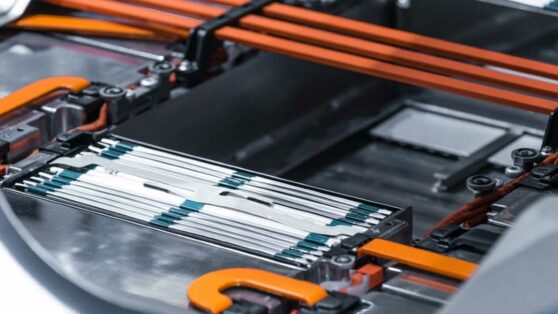 Entities project a 40% increase in electric car batteries between 2024 and 2025 and a production cost increase of 100% for solid-state batteries, which are already more expensive.

The rise in commodity prices is a reality in the country, seen every day. The effects are already impacting the pocket due to the various essential items, reaching to weigh even in the electric car battery. Now, to the warnings given in recent months, joins the Korean research institute SNE Research. The figures released last Friday (16) are not pleasant as they highlight significant price increases by the Korean industry, ranging from 30% to 40% to more than last year's $150 per kWh. The question that doesn't want to be silent is: when will we see the impact of this increase in batteries? And the answer is simple: between 2024 or 2025, according to SNE data.

Solid-state batteries for electric cars will also see a rise

According to SNE Executive Vice President James Oh, during a recent seminar in Seoul, the company met with Korean cell manufacturers, prompting the company to change its outlook for used electric car battery prices.

The expectation, according to the Koreans, is that this component will increase in 2024 or 2025. The companies, in fact, did not go into details regarding the numbers, but it is worth mentioning that, according to the forecasts made, the increase will reach 40%.

Of lithium to the nickel, moving on to cobalt and manganese, almost all minerals must play a leading role in this bad phase of electric car batteries, which will have a cascading effect on the cells. However, things can get even worse for the solid state batteries. At the same event, Jay Kim, vice president of LG Energy Solution, stated that component production costs could increase by up to 100%.

Possible solutions for increasing the battery of electric cars

Once the problems are understood, it is necessary to analyze to find possible solutions. James revealed that electric car makers are pushing Korean partners to produce more prismatic cells rather than package cells and to sign new long-term contracts.

Elon Musk comments on the rise of lithium

the billionaire Elon Musk recently posted, on one of his social networks, his interest in entering the mining sector, mainly in lithium extraction, to keep the flow of the metal supplying the necessary demands for the production of electric car batteries.

Musk claims that the price of raw material is out of control, so much so that the company would have to enter the mining and refining segment. There is no shortage of lithium, as lithium is found in almost every part of the planet, but the pace of extraction and refining is slow.

The billionaire's concern involves one of the essential commodities for the operation of electric cars. The same happens with other materials such as copper, cobalt and nickel, all essential, especially in a scenario where the use of electricity is proposed as a unique alternative to oil.

The businessman is betting that the purchase of vehicles with batteries will expand greatly in the near future, and proof of this are the official openings of two new factories of his automaker, one in Berlin, to supply the European market, and another in Austin, in Texas.