Start • Energisa announces a project aimed at technology and professionalization in the Rio Pomba region, in the Zona da Mata of Minas Gerais

Energisa announces a project aimed at technology and professionalization in the Rio Pomba region, in the Zona da Mata of Minas Gerais

The Rio Pomba Valley was launched this Wednesday (27) by Grupo Energisa, a project whose idea is to associate new digital technologies with the talent of audiovisual creation in the Zona da Mata of Minas Gerais, in order to generate a favorable environment for expansion. of innovative businesses and also integrated to the local reality.

The initiative begins with the offer of professional qualification with market skills, aiming at the development of an environment of innovation and entrepreneurship in the region, which will serve as an impetus for the advent of a technology hub in the area.

Energisa project will offer a professional technology course, based in the city of Cataguases, Minas Gerais

On the 3rd of May, the first performance of the Rio Pomba Valley will take place, which will consist of the beginning of the course registration of Information Technology. Of those enrolled, 40 individuals, aged between 18 and 49, will be chosen for classes in collaboration with SESI Nacional, FIEMG and SENAI. The training course is scheduled to start in June, and the educational model will be a hybrid (online and face-to-face). Energisa must pay 90% of the course fee, so candidates must pay for the remaining 10%. In total, the investment to be made by the students is R$ 400, an amount that can be paid in installments.

The opening of Rio Pomba Valley is in line with Digitization, which is one of Energisa's 4Ds. This concept relates to the company's pillars in the field of business and also includes Diversification, Decentralization and Decarbonization.

In addition, the Zona da Mata region in Minas Gerais was chosen by Grupo Energisa due to factors that include the company's vision of the future and centenary history. The municipality of Cataguases – Minas Gerais is part of the region and has evolved together with Energisa, which is regarded as the largest private company in the world. electricity sector in Brazil and has 117 years of history. Thus, after more than one hundred years, Grupo Energisa uses its innovation tactics to guarantee the perpetuity of development and improvement in this region.

According to Ricardo Botelho, the creation of the Rio Pomba Valley is only the first step, with education and the expansion of opportunities as ideals, in order to foster an environment of creativity and innovation focused on technology in the Zona da Mata region, in Minas Gerais. . He also stated that the enterprise was born to meet a demand that is based on technology, taking advantage of an environment with universities, vocational education institutions and with a great history of entrepreneurship and creation.

The project operates in four areas of great importance to Energisa, namely: education through a creative and innovative environment; associations with public and private institutions in order to strengthen the program; generation of an ecosystem conducive to the development of small and medium entrepreneurs; and the community, in the contribution and joint action between companies, universities and startups. 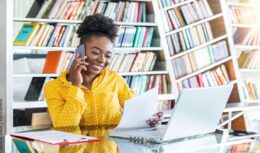 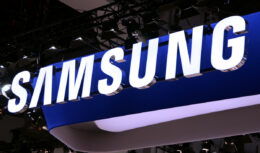 OPPORTUNITY: Samsung and USP are currently selecting students for free Training in Software Engineering and Development. The job market has vacancies left for these professionals