per Roberta Souza
-
–
in Economics, Business and Politics, Renewable energy 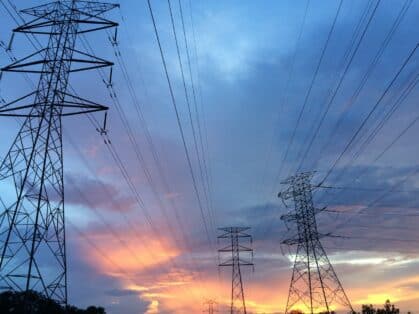 The chamber project that aims to suspend energy readjustments is not within the legal guidelines, analysts point out

Electricity readjustments, which have a direct impact on inflation, were mainly influenced by the difficulties faced last year with the water crisis.
The proposal on the project of intervention in tariff readjustments, present in Congress, was approved by the regulatory agency. However, according to analysts, the proposal is illegal and, in the worst case, could greatly harm the provision of electricity services to consumers and, also, could lead investors to give up on investments due to the risks present, according to the lawyers. and analysts interviewed by Reuters.

The Chamber of Deputies approved, this Tuesday, May 3, an urgent request for the draft of the National Congress Decree (PDL) 94/22, which suspends the readjustment of electricity tariffs in Ceará, determined by the ring (National Electric Energy Agency).

According to sources of information from the Chamber Agency, the holder of the proposal for the suspension of the electric energy adjustment, deputy Domingos Neto (PSD-CE), intends to modify the text in plenary to veto all the adjustments present in the tariffs that were authorized by Aneel in several States.
According to the website infomoney.com, in April, Aneel approved annual double-digit rate adjustments for distributors in Ceará, Pernambuco, Alagoas, Bahia, Sergipe, Rio Grande do Norte, Mato Grosso and Sao Paulo, which had readjustments of, on average, 24.85%, 18.98%, 19.88%, 21.13%, 16.24%, 20.36%, 22.55% and 14.97%, respectively.
The high energy readjustments, which have a direct impact on inflation, were mainly driven by the adversities faced with the water crisis in 2021. The crisis reduced the production of hydroelectric plants and forced energy distributors to assume higher costs for the activation of the thermoelectric.

Machado Meyer's energy partner, Ana Karina Souza, declares that there is a strong political element in the movement of Congress and that the project for readjustments is not part of the constitution, since it uses the instrument of the legislative decree in an inappropriate way. She says that she is not discussing Aneel's competence to regulate the charges, but its merits in the tariffs.
For Raphael Gomes, Energy partner at Lefosse, it is understood that the project is expendable and sets a dangerous precedent for the energy sector, which is naturally remembered for the permanence and anticipation of the rules.
For Gomes, the proposal on the suspension of the readjustment in energy tariffs may have immediate harmful effects that will directly affect consumers, since with the project to suspend the readjustments it may cause energy distribution companies to have impasses to bear fixed costs, which impacts on the maintenance and preservation of the services offered to consumers. Also according to Gomes, the decisions taken by Aneel are being erroneously contested.

According to ANACE, the Chamber project is an affront

According to the National Association of Consumers, which shares the view that the project to suspend the readjustment in energy is an affront to the regulatory process, since consumers are the main interested in reducing the costs of electricity in the country. Also according to the entity, more specifically the CEO of Anace, Carlos Faria, the readjustment in energy tariffs cannot be done through a maneuver carried out with the interference of Congress in a regulatory agency, such as Aneel.
Credit Suisse analysts also analyzed the situation and assessed that, although criticism and actions to stop the readjustments are naturally common in election years, this type of pending generates movements that can affect the interest of investors in the sector.
Analysts at the bank Carolina Carneiro and Rafael Nagano say that investors may be subject to containing the exposure of companies that have large energy distribution units in poorer regions of Brazil (Northeast and North regions), such as Neoenergia, Equatorial and Energisa.
Still, analysts at Credit Suisse say they believe that the contracts will have to be respected, “especially in a sector that continues to demand large investments and where the government is planning the privatization of its federal energy company”, referring to Eletrobras.

Tags: Aneel - National Agency and Electric EnergyChamberelectricity
previous post Resume and work card in hand to work on the São Paulo subway works today (05/06); there are job openings for candidates for incomplete elementary, high school, technical and higher education
next post Kongsberg signs contract to use its digitization technology in fleet with more than 100 ships in the shipping industry