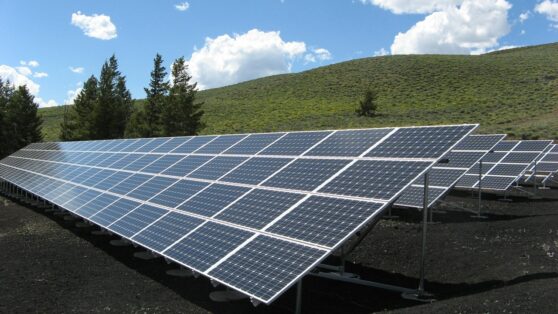 With a plan to reach 1 GWac of power by 2025 and expand its role in solar energy generation, EDP bets on a solar plant project

Last week, the company EDP Brasil made public its investment in the Novo Oriente Solar plant and, according to João Marques da Cruz, the company's president, intends to make yet another solar plant viable in 2022. EDP, which has job openings, has an expansion goal in solar energy generation, in addition to seeking to reach 1 GWac of power located in photovoltaic projects by the year 2025.

In an interview with Broadcast Energia, President Cruz also stated: “Novo Oriente is the second investment being made in large-scale solar – the first was Monte Verde, in the Northeast, which was announced in October – and we are working to ensure that this year there will be a third. We want that, by the year (2023), there will be two more, always with this dimension of three hundred megawatts-peak, which means 250 MWac”.

The Novo Oriente solar plant will be installed in Ilha Solteira (SP) and should start operating in 2024. With a capacity of 254 MWac, the capital invested will be around R$ 900 million, taking into account the expense of R$ 3.5 million to R$ 3.8 million per MWac.

The new solar plant is a joint venture between two companies

The Novo Oriente solar plant project consists of an association between EDP Brasil and EDP Renováveis, in which each company is responsible for 50% of the project. This association ensures, according to the group, the specialized knowledge and economy of scale in construction achieved by the company, in addition to enabling better commercialization of the solar energy in the local market.

Cruz also stated that the realization of the 1 GWac plan of solar energy by EDP Brasil until the year 2025, both in centralized solar plants and in those of distributed generation, is the company's reaction to the energy transformation process and the changes in the mood. The president of EDP explained that hydropower will be replaced by solar power.

As for commercialization, the president said he had given up some profitability to reduce the risk of the project, while the company's tactic is to reach the rate of 85% of energy contracted for a long period and preserve only 15% of exposure, this amount being aimed at group trader. In addition, he pointed out that the Novo Oriente solar plant already has a contract for the purchase and sale of energy for 120 MWac, which made the initiative possible.

The method of selling solar energy practiced by EDP aims at “remote self-production” for industries and companies. Cruz argues that the period is favorable for this form of transaction. According to him, customers can do business for up to 15 years, in which the cost of energy is braked at a constant price and repaired by inflation, with savings of up to 15% compared to distributed generation projects. “This is an efficient way to have solar, so it is viable to have a long-term contract, because we are able to share this gain with the customer, even in the face of distributed generation solar”, he said in an interview with Broadcast.

At this moment, during the installation of the solar plant in Ilha Solteira, EDP is already committed to making another solar plant viable and has the plan to publicize the next project later this year. The new initiative, according to Cruz, is not yet defined: “We have not yet decided whether the next one will be in the Southeast or in the Northeast, we have a pipeline for both, it will depend on the capacity of interconnection to the network and customers”.

Furthermore, the president of EDP explained that the installation of the Novo Oriente solar plant in the Southeast region, the most important commercial center in Brazil, has the function of favoring transactions and business, given that most customers are located in such region and, thus, the risk of discrepancy between the energy values in the North East and in the Southeast.

Cruz also highlighted that he intends to take advantage of EDP's corporate financing in order to promote the development of projects: "EDP Brasil is a company with little leverage - on the balance sheet of December 31, 2021 our debt, after payment of dividends, was 2.6 times net debt/EBITDA, that is little, we have room for our financing at the corporate level”, he told Broadcast Energia.

He also argued that the unfavorable situation faced by the solar generation supply chain, thanks to the lack of stock of industrial inputs and logistical problems, has already changed. He linked the period of hardship to the value of the dollar, which peaked at R$ 5.60, which put great strain on solar project expenses.

Finally, he added that EDP Renováveis ensures the supply to all plants and that the provisions for supply are already included in the project.

Tags: EDPSolar energysolar power plant
previous post Carrefour is offering more than 700 job openings for candidates from SP, RJ, MS and RS
next post Petrobras confirms sale of percentage in Deten Química to Cepsa for more than half a billion reais