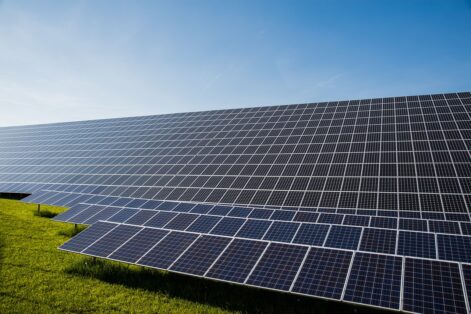 Novo Oriente Solar, the name given to EDP's new solar power plant, is located in the state of São Paulo and is part of the new investment project in renewable energy in Brazil and is the company's new bet for the country.

During this last Wednesday (20/04), the giant of the world energy sector, EDP, announced its newest investment project in renewable energies in Brazilian territory: the construction of the Novo Oriente Solar solar power plant, which will be located in the state of São Paulo and is the company's newest bet for the national energy sector over the next few years.

The company in the global energy sector EDP announced its newest project focused on renewable energy in Brazil, a sector that has been growing strongly over the last few years and is the focus of major global companies. Thus, the project is called Novo Oriente Solar and it is a gigantic solar power plant located in the state of São Paulo, which is the big bet company to expand its installed capacity in Brazil.

Thus, the plant called Novo Oriente Solar is located in the state of São Paulo, in the municipality of Ilha Solteira, has already been granted and is expected to start operating in 2024, with the works being essential to generate new employment opportunities for the state residents. In addition, the project has a power sales contract of 120 MWac and EDP intends to further expand the ventures and collaborations around this new plant.

Aiming to invest in an expansion of the potential of solar energy production in Brazil, the new plant of the EDP company will have an installed capacity of 254 megawatts by alternating current (MWac) and reinforces the strategic orientation of EDP Brasil, which was presented to the market in the Strategic Plan 2021-2025, being the largest large-scale project in order to expand your participation in the Solar Generation segment. As a result, from 2024 onwards, EDP will be able to take advantage of the plant's high energy production potential to invest in new segments of renewable energy in Brazil.

EDP has been growing more and more in the domestic market and announced a net profit of R$ 809 million in the fourth quarter of 2021, which represents a growth of 15.6% compared to the same period in 2020, showing the strength of its presence in the Brazilian territory. . In addition, 2021 Ebitda rose 27.5% compared to 2020, to R$ 4.3 billion and the company intends to expand the results with the use of the new solar energy plant in the state of São Paulo.

Thus, CEO João Marques da Cruz, commented in EDP's earnings release about the delivery of results and expectations for the future: “We deliver economic results and deliver the implementation of the previously defined strategy. As for the results, we built an Ebitda of R$ 4.3 billion and net income of R$ 2.2 billion, with growth of 28% and 43%, respectively. In terms of strategy, we executed the planning through the asset rotation of three transmission lots”.

Now, the state of São Paulo awaits the start of construction work on EDP's new solar power plant so that employment opportunities reach the residents of the state while the company manages to expand its profits.