Will diesel aid be created for truck drivers? See about value, who receives and why it was created by Bolsonaro

per Daiane Souza
-
–
in Economics, Business and Politics, Oil, Oil and Gas 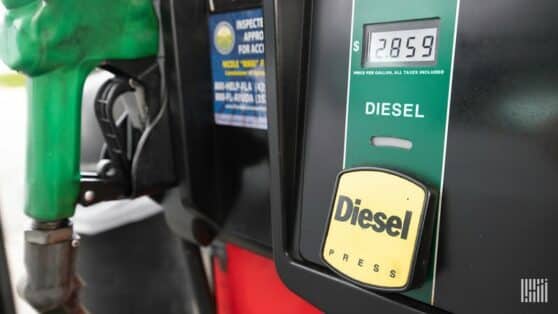 Will diesel aid be created for truck drivers? See everything about what is known so far and how the payment will be – Source: Canvas

During April 21, Tiradentes holiday, Jair Bolsonaro would have sent some hints about the possibility of creating a diesel aid, which would serve as an incentive for the truck driver. The social program would have a value of R$ 400 and could benefit at least 750 thousand workers in the sector.

Economists warn that diesel is already rising above 65% in just one year, meanwhile, the value of a liter of gasoline is around R$ 7 in at least twenty Brazilian states, with an increase of 60%. During the past year, the trucking sector threatened the Bolsonaro government with a strike, but now, they claim that it is not only the sector's function to speak out while the population does not take any action. Therefore, they would be working normally. even after the significant increases in March. In short, the creation of Diesel Aid similar to this one had already been discussed by the Ministry of Economy, currently led by Paulo Guedes, since the beginning of 2021, when gasoline started to have peaks caused by Petrobras and its attempt to keep up with the external market.

The initiative that was taken by the federal government has as main objective to reduce the impacts that were caused by the increase in fuels. Brent oil, for example, is being quoted at around US$ 104 for each barrel during this Monday, May 2nd, because of the war that is going on between Ukraine and Russia. Political conflicts lead to greater instability in the international market and a direct impact on the Brazilian economy, even more so with the attempt to Petrobras to charge each liter based on the dollar.

A new increase in fuel prices took place at the end of May, causing new controversies. The need for diesel aid increases with pressure from the Bolsonaro government.

The new increase in the value of a liter of diesel would have come into effect on April 26 and had a readjustment of at least 9%. According to Jair Bolsonaro, this would be caused by the supply of the foreign market and also because of the price of the dollar, which is already flirting with the $ 5 range.

The new increase in diesel was quite expressive, jumping from R$ 3.06 to R$ 3.34. The last increase on fuel would have been carried out during the month of March, after being for more than 60 days without any type of readjustment, due to a blockade approved by the Ministry of Economy, with an emphasis on promoting a stable economy and without so much volatility.

The federal government is being pressured to take some action, even more so in this election year, in which he will have to compete against names like Luiz Inácio Lula da Silva and Ciro Gomes. Moro is one of the candidates who stated that he would be leaving the competition, after noticing that the voting intentions were not as favorable as he believed.

Truck drivers demand payment of R$ 400 of diesel aid, but this alone will not be enough to prevent a strike from breaking out in a few months. The sector asks that the retirement and the INSS rules accept that they retire with only 25 years of contribution instead of 30, as foreseen by the reform that they defended to be applied.

Tags: diesel aidBolsonarotruck driverDieselEconomygovernmentsocial program
previous post Elementary, secondary, technical and higher education jobs open today (05/02) in the roles of Production and Logistics Operator, Assistants and more, by the manufacturer Colormaq
next post Fertilizer made from biodegradable material with sugarcane cellulose is the invention of Brazilian researchers at the Federal University of São Paulo and São Carlos