Datsun, one of Japan's most traditional automakers, exits the combustion car market to sell only low-cost electric cars 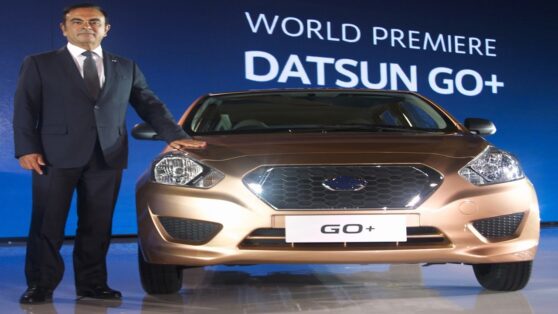 Nissan pulls Datsun out of the low-cost vehicle market again and plans to revive the Japanese automaker, which operates in emerging markets, as a cheap electric car company.

Last week (28), the Japanese automaker, Nissan, announced the end of the production of low-cost cars Datsun, which operated in emerging markets, such as South Africa, Indonesia, Russia and India. However, according to company sources, it is possible that, in fact, the Japanese automaker is going through a kind of transition in its strategy. According to information from an anonymous Nissan executive, the company's plan is that in the near future Datsun will return to the market, only this time, with a focus on low-cost electric cars.

In a statement released last week (29), the automaker of the Japan speculated on a change in strategy, while highlighting the track record of satisfaction provided by Datsun cars. According to the company's announcement to thousands of owners around the world, Datsun continues to provide an immersive driving experience, peace of mind of buying at the ideal price and great value.

As part of its shift towards electric cars, the Japanese automaker is focusing on key segments and models that deliver benefits to customers, businesses and partners.

Nissan's bet to transform Datsun, one of Japan's most traditional brands, into a eletric cars it is not baseless. Nissan, along with its partners Renault and Mitsubishi, has been launching the cheapest electric vehicles on the market. As is the case with Dacia Spring, which was launched in France with government support, for just 12 thousand euros, which is equivalent to R$ 65.6 thousand.

In addition, there is also the future Renault Kwid electric which will be launched in Brazil, where the French automaker promises that the model will be the cheapest electric car in the country, displacing the JAC E-JS1. Currently, the regular Renault Kwid costs around R$ 61 thousand.

To drive the transition and possibly make electric cars cheaper, the Nissan is working alongside NASA to revolutionize solid state batteries in the world. This new type of component promises to be faster in terms of loading, to be lighter and even more secure. In addition, the manufacturer can be more stable, and can be used in pacemakers according to the Japanese automaker.

The goal of Nissan and NASA is to develop a cheaper and smaller battery, capable of replacing the lithium-ion batteries that are currently used in electric cars.

The battery will not need the use of rare and expensive materials like those that power lithium-ion batteries, including cobalt and lithium itself. Another priority for companies will also be the stability and security of the components.

In Brazil, Nissan has been operating since 2000 and currently operates with more than 180 dealerships in all states of the country. The company invested more than R$ 2.5 billion in the installation of its own Complex located in Resende, in the state of RJ.

Tags: combustion carelectric carcheap electric carEletric carsDatsunNissan
previous post Petrobras highlights pre-salt oil as a highlight in the energy transition scenario at an OTC 2022 event
next post WEG manufactures motors and inverters to equip the largest seawater desalination plant on the planet, with the capacity to produce 600,000 m3 of water per day and supply approximately three million people