per Ruth Rodrigues
-
–
in Automotive, Logistics and Transport 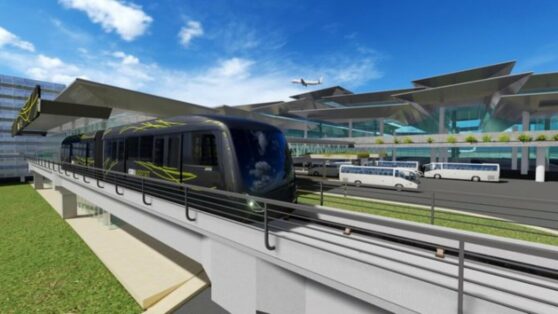 The technology of the People Mover initiative will be entirely Brazilian and commanded by the company Marcopolo, which joined the consortium for the development of vehicles responsible for transporting passengers at Guarulhos Airport

Last Monday (05/02), a contract was signed between the AEROGRU Consortium and company Marcopolo for the supply of vehicles that will be part of the People Mover technology at Guarulhos International Airport. Thus, the Marcopolo company will command the vehicles that will transport passengers on site, with state-of-the-art and totally Brazilian technology to ensure even more efficiency and speed in the process.

The signing of the contract between the AEROGRU consortium and the Marcopolo company for the development of vehicles that will be part of the People Mover technology at Guarulhos Airport was essential for the acceleration of the project. Thus, the platform will connect the passenger terminals to the Line 13-Jade station of Companhia Paulista de Trens Metropolitanos (CPTM), and will have a Brazilian technology commanded by the Marcopolo company, which will be responsible for manufacturing the transport model used in the new system.

Also known as Automated People Mover (APM), the passenger transport technology at Guarulhos Airport is being made possible by the Federal Government and will have an investment of R$ 271.7 million by the GRU Airport concessionaire, an amount that would originally be used for collection by the Unity. This system adopted at Guarulhos Airport is based on the Aeromovel, similar to the one successfully adopted at international airports, such as those in Atlanta, Chicago, New York and San Francisco, in the United States, which guarantee much more efficiency in this transport.

Thus, Aerom, HTB, FBS and TSINFRA participated in the consortium and in the signing of the contract with Marcopolo, with their strategic partners Schneider Electric, Minerbo Fuchs, Certifer and Marcopolo Rail. With that, the national secretary of Civil Aviation, Ronei Glanzmann, celebrated the arrival of the technology in Brazil and the importance of the system in the transport of passengers inside the airport: “[The technology] is being implemented all over the world and now we will also have it here in the Brazil. The vehicles are very beautiful, very comfortable and very safe. With People Mover, Guarulhos airport, in São Paulo, will serve as an example for the whole world”.

People Mover has automated 100% technology and will be able to transport 2,000 passengers per hour at Guarulhos Airport

The AEROGRU and Marcopolo consortium project will be essential to bring even more modernization and technology to Guarulhos Airport in the coming years. Thus, the People Mover will be able to transport 2,000 users per hour in each direction, and the travel and waiting time will be 6 minutes. This technology will bring much more efficiency, speed and comfort to passengers who will need transport between the terminals.

In addition, the system will also bring a series of benefits for the environment, since it will not have the emission of any polluting gas, as well as providing a reduction in the number of vehicles circulating in the vicinity of the airport and, consequently, a reduction in CO2 emission and congestion in the region. This is one of the main focuses of Marcopolo and the AEROGRU consortium for the system, since sustainability is an increasingly present debate in the national market.

Finally, the Government of the State of São Paulo also announced that the service will be free, operating 24 hours a day, offering Wi-Fi, air conditioning and information panels on the flights that the place will be receiving on the day, to guarantee more comfort and accessibility to passengers.

Tags: Guarulhos' airportConsortiumMarcopoloPeople Movervehicles
previous post MIT scientists develop portable, filter-free water desalinator that can be carried in a briefcase
next post VLI and Embrapa team up for an agribusiness development project focused on innovation and sustainability in the sector