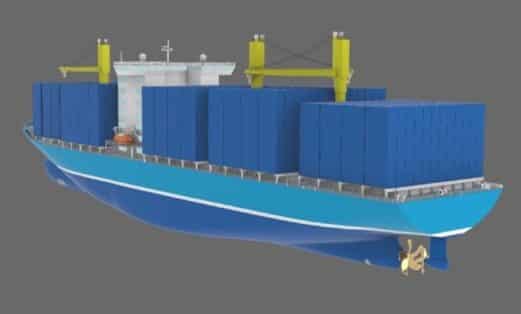 Core Power, a UK company, has developed a vessel capable of desalinating sea water using nuclear energy. “This could be a great innovation to combat the scarcity of drinking water in the world”, according to the company's CEO, Mikal Bøe

Core Power, the UK company responsible for developing nuclear-powered propulsion solutions, today launched a new business line for floating desalination plants. Although the plants used to desalinate seawater on land have been built all over the world, including in Australia, Saudi Arabia and North Africa, the cost of construction, fuel supply and maintenance for these facilities is high and they also use fossil fuels for energy, according to the company itself in its report.

Nuclear-powered vessels can produce up to 450,000 m² of drinking water

These ships could produce water at a rate of between 60,000 to 450,000 m² per day, corresponding to the scale of existing facilities built to desalinate seawater. The ships benefited from shipyard construction efficiencies, reducing installation time and cost, being more flexible in their movement, meaning they would be able to rapidly expand or reduce depending on demand, according to the company in charge.

According to Mikal Bøe, CEO of Core Power, of all the difficulties faced by the company, global drinking water emergency will be the most precarious crisis. Therefore, it will be necessary to develop long-term, flexible and sustainable solutions such as the use of nuclear energy, so that it is possible to provide drinking water where and when it is needed on a large scale.

Core Power's nuclear-powered ships used to desalinate sea water can make fresh water available to all coastal states, sustainably, safely and without emissions due to the source. Severe changes in weather patterns mean that quick installation is required, without the years of planning and construction required to build new onshore plant facilities used to desalinate seawater.

All in search of drinking water

In addition to Core Power, which seeks drinking water through seawater desalination, researchers from the Ecole Polytechnic Federal de Lausanne (EPFL) have developed a new water filter that uses only solar energy as a power source.

Chemists, biologists and physicists were united in a single project to develop a very cheap, efficient device that does not need any energy source other than solar. During the tests, the researchers found that only the titanium dioxide nanowires, the material used in the project, were already able to efficiently purify water when exposed to sunlight.

By adding other materials called neutral carbon nanotubes, it was possible to achieve an extra layer of decontamination, killing pathogens such as bacteria and viruses.