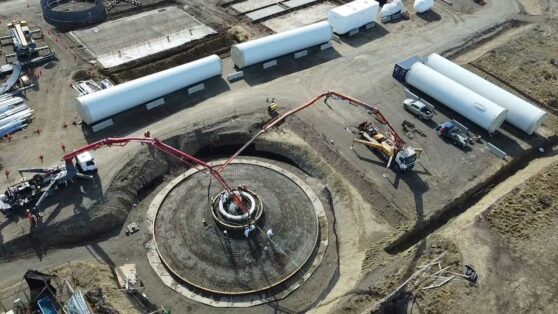 In addition to the ongoing project in Chile, production plants in the USA and Australia are foreseen in the holding company's strategy in which Porsche invested 75 million euros – image: Porsche

A Chilean company is developing a new fuel called eFuel. The product works like a gasoline that is not derived from petroleum, and large companies, such as Porsche, are already investing in the company.

A Chilean company has developed a way to produce a new type of gasoline that is not derived from petroleum and that promises to be more sustainable. In practice, this fuel It can be used in the engines of cars, planes and ships, without the need to change the structure of the vehicles. The new gasoline was named eFuel and is a creation of Highly Innovative Fuels (HIF). The entire production process of the new product is done without the use of oil and uses only raw materials such as water and air.

Learn how the new non-oil fuel is produced

In order for the fuel to be produced, electrolysers are used, which are responsible for the division of water into oxygen and hydrogen, through the use of wind energy. From there, the carbon dioxide that is captured by the atmosphere is filtered and combined with hydrogen from the water, so that synthetic methanol is produced and converted into eFuel.

As much as major vehicle manufacturers are committed to creating electric cars, companies like Volkswagen, Bosch and Audi are also focusing on creating synthetic, zero-carbon fuels that are not derived from petroleum. Recently, the Porsche and other companies invested US$ 260 million in the Chilean producer.

The expectation is that the site will produce, still this year, 130 thousand liters of eFuel. The company's objective is to capture more than 25 million tons of carbon dioxide a year in the atmosphere and produce 150,000 barrels a day of the new fuel.

According to the startup, regular gas stations, that is, petroleum-derived, would not need to be modified, as consumers could just access existing pumps and fill their tanks. In addition, eFuel can be transported all over the world, just like other common fuels are today.

According to the CEO and President of HIF Global, César Norton, the company's response to the current scenario of climate change is decarbonization, which brings a solution at a global level, making expansion in international markets an essential part of the company's strategy.

This month, multinational Porsche announced investments of US$ 75 million in HIF Global for the development of gasoline that is not derived from petroleum. According to the automaker, production of the eFuel could reach commercial scale this year, because it is building a Haru Oni pilot plant, located in the Chilean port city of Punta Arenas.

When the first stage is completed, the German company will have two expansions of the complex, one in 2024 and another in 2026, jumping production, respectively, to 55 and 550 million liters of fuel without the use of oil.

In addition to Porsche, brands such as Siemens Energy and ExxonMobil are also involved in the production of the new synthetic gasoline. With the current investment by the German automaker, there is the possibility that additional plants in Chile, the United States and also in Australia will be developed.

German multinational to use eFuel in racing vehicles

For now, Porsche plans to use the new fuel in competition vehicles, that is, in racing cars. However, in the future, eFuel should be present in common cars and in factories. According to the company, synthetic gasoline should help reduction of pollutant emissions.

According to one of the members of the research and development team at Haru Oni, Michael Steiner, the expectation is that the new product will contribute to the reduction of polluting gases in the atmosphere, in engines that already burn fuel derived from petroleum.

Tags: efuelGasolinesynthetic gasolineOil and gasPetroleum
previous post BNDES approves operation that will allow energy consumers in the Amazon to replace their diesel generators with solar plants
next post Gol opens job vacancies in the home office modality and without higher education requirement for candidates from all over Brazil