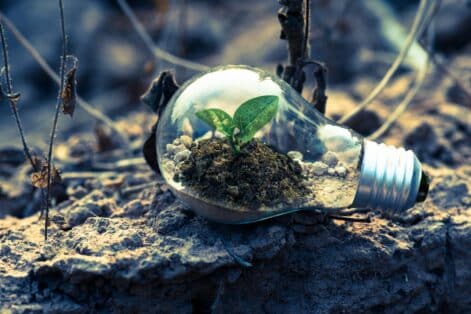 The practice is more common in small and medium-sized companies, which are environment-friendly and seek to grow thanks to the investments attracted

The validation of sustainable practices through certifications, it has helped companies to obtain new investments. In this vein, the main participants in this movement are small and medium businesses, which rely on certification as a means for their growth and seek specific funds for projects that work in favor of the environment.
Under the seal granted by Sistema B, which considers criteria for the environment, community, governance, employees and customers, the number of certified enterprises increased by around 260% between 2017 and 2022, from 60 to 215 companies. In the last two years, distributed approvals have seen growth: there were 29 in 2019, 39 in 2020 and 45 in 2021.
The Brazilian Vegetarian Society, in turn, awarded the vegan product seal to 240 companies between 2017 and 2021, of which, on average, 44% are small and 32% are medium-sized. The observed conjuncture is in accordance with the interests of consumers and the population. This can be evidenced, for example, by the fact that the Google search for ESG, an acronym for good environmental, governance and social practices in companies, has been expanding since 2020 and reached its greatest popularity in the last week of April this year.

For Sistema B's marketing director, sustainability is an integrated concept

Cinthia Gherardi, marketing director of Sistema B, said that the pandemic produced many questions and was also added to strong moments in relation to politics, society and the environment. According to her, the definition of ESG brings the vision that being sustainable is something together, which includes social, environmental and governance.
Among certified B companies, 86.5% are medium and small. The analysis and verification include a questionnaire with more than 200 questions, and the ventures use the seal as a way of attracting investment. This is the bet, for example, of the Casa Feito Brasil group, of the brands Feito Brasil and Quintal Dermocosméticos.
The company organizes itself to receive the first investment, and negotiations will begin in the next semester. The business has the EcoCert seal of organic and natural cosmetics, being characterized as a B Company since 2019.
According to CEO Giulio Peron, the companies of the future are sustainable and the future of the group is growth. He also highlights that the ESG agenda is essential for investment funds and that its partners are analyzing this factor very carefully and carefully, in addition to specific funds.
Peron also said that, in addition to being responsible for the environment, it is important for the company to be socially and financially sustainable. The company has shown revenue growth since 2018 and, since 2019, has seen an expansion of 82%.

Insecta Shoes also grows based on investments attracted by certification

There is also the case of Insecta Shoes, the only B Company of footwear in Brazil, certified in 2016. In 2018, the company received an investment of R$ 300 thousand, which was a smart money (qualified investment, which includes consulting) and took investors to the day to day of the enterprise.
According to Barbara Mattivy, founding partner of the company, the certificate certainly legitimized its positioning and brought greater seriousness to the challenges related to responsibility for the environment. In 2021, Insecta acquired R$ 1.8 million in three months in an investor crowdfunding round with Platta, active in impact businesses.
Finally, the vegan milk company Nudes is also part of this scenario, having enjoyed the advantage of being, first of all, a Pending B Corp.
According to co-founder Giovanna Meneghel, if the company does not yet have a fiscal year, it can apply for this certification, which helps to reflect on several things that are not on the radar. The brand, created in 2020, became B in October and, in January, received an investment of R$ 25 million from an impact fund.
The information was taken from the newspaper O Estado de S. Paulo.