Regular diesel is at risk of being withdrawn from the market, according to ANP 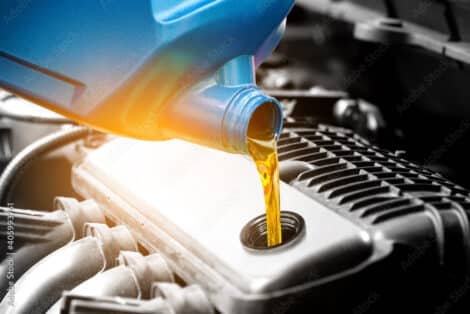 The ANP, the National Petroleum Agency, proposed the end of commercialization of common diesel on the market

Commercially distributed diesel oil, also known as S500, can be withdrawn from the market in Brazil. The National Petroleum Agency (ANP) proposed this new measure that will be evaluated at a public hearing, according to superiors, this Thursday, April 28, 2022. The reason behind the possible withdrawal of this fuel from the market is the fact that that it has a high sulfur content and is used by older vehicles, which leads to little use of fuel by consumers.

In addition to diesel, the ANP intends to withdraw from the market S1800 diesel oil, generally used in power generation in thermoelectric plants, mining, railways and others. However, if the fuels mentioned above are withdrawn from the market, the fuel consumers, as well as the general population, will be able to count on the S10 diesel, which will replace them. This fuel has a low sulfur content, in addition to reducing the emission of particles harmful to health, such as SO2, and not harming the environment so much.

Supply of S10 diesel has been growing annually

Although S500 diesel and S1800 diesel are the most used by consumers in general, the supply of S10 diesel has been growing exponentially since 2014, when it was introduced. Nowadays, it is estimated that about 60% of the diesel consumed in the country is S10 diesel. Furthermore, according to data, this demand for S10 diesel could intensify even more with the introduction of the P8 phase of the air pollution control program by motor vehicles.
Another point is that, with the entry of S10 diesel on the market, Brazil will be able to reduce its dependence on imports of fuel.
The common diesel S500 is mostly used in vehicles manufactured before 2012 and is so named because it contains 500 parts per million of sulfur, just as the diesel S1800 has 1,800 parts per million and the diesel S10 has 10 parts per million of sulfur.

Bill 5332/20, made by deputy Paulo Teixeira (PT-SP), prohibits the sale, throughout Brazil, of new light vehicles powered by gasoline and diesel from January 1, 2030. According to Contran resolution, National Traffic Council, are considered light vehicles: tricycles, pickup trucks, quadricycles, motorcycles, scooters, cars. That is, vehicles with a total gross weight of less than 3.5 tons.
The deputy's objective is to reduce the pollution load that these vehicles generate after the fuel. This ban, according to him, may provide investments in technologies that allow the reduction of greenhouse gas emissions.
The congressman's proposal is in progress, as are the bills PL 7582/17 and PL 4086/12, which deal with the production and sale of electric-powered automobiles. These aforementioned bills are awaiting evaluation by the Economic Development Commission, and will soon be analyzed by the Mines and Energy, Finance and Taxation and Constitution and Citizenship Justice commissions.

According to the website Power 360, the measure imposed by the ANP, which will still be evaluated, is found in a resolution that also establishes the modification of the composition specifications of S10 and S500 diesel, as well as good practices for handling and transporting diesel B (with the addition of biodiesel) and A (without the addition of biodiesel), inclusion of the co-processing route for the production of diesel oil and alteration of the definition of diesel A, allowing the use of any non-renewable raw material in production. According to the director of the ANP, Daniel Maia, the draft that contains the above resolution establishes a period of 90 days for the introduction of good handling and transport practices and 180 days for changes in specifications.

Also according to the director of the ANP, the withdrawal of S500 and S1800 diesel from the market raises concerns about national supply. According to him, a working group will be developed to investigate the transition schedule, and the issue of fuel removal should return to the collegiate board to deliberate.

Tags: ANPfuelDieselMarketplace
previous post Canada has more than 900,000 job openings, with great opportunities for Brazilian immigrants
next post Jaguar Land Rover wants to electrify its entire line of cars in the next 5 years and Brazil is on the company's route to receive investments