Written by Ruth Rodrigues in Naval Industry, Ports and Shipyards, Logistics and Transport May 11, 2022 1:57 pm to 1:57 pm
Share
Follow us on Google News

With the investment of R$ 100 million in startups, Comexport aims to solve the main problems of export and import logistics in Brazilian ports, which still need to advance in efficiency in relation to foreign trade

After an announcement made during this last Monday, (09/05), Comexport began its search for startups that deliver solutions aimed at port logistics. In this way, the company's investment of R$ 100 million will be directed to expand innovation in Brazilian ports in terms of export and import operations. This is the company's new bet to ensure even greater efficiency in foreign trade relations.

Foreign trade is increasingly on the rise in the international market and Comexport is one of the great references within this segment, in addition to being the largest Brazilian company in the field. Thus, the company wants to expand this market even further and, now, has announced its investment plan aimed at efficiency in Brazilian ports. The company's main focus will be on export and import operations, aiming at a new scenario in the national port sector.

In this way, the group will make a total investment of R$ 100 million to hire around 15 startups. These companies will be responsible for offering solutions that guarantee more efficiency and productivity in export and import operations. Thus, Comexport aims to combine its experience of more than 50 years in the foreign trade market with the new modernized vision of startups to achieve a much more efficient and agile production chain in Brazilian ports in relation to these activities.

The company stated that, according to its surveys, it found that foreign trade in imports and exports is a market that amounts to approximately US$ 400 billion in goods transacted per year in Brazil. In this way, Comexport's customer base, which projects around R$ 19 billion this year, will be used to boost startups and scale their business. And, with that, Brazilian ports will be able to benefit from new solutions and logistics techniques to ensure an even more beneficial relationship within foreign trade.

One of the main problems related to Brazilian ports with regard to export and import operations today is the large bureaucracy surrounding these activities. Thus, Comexport highlighted that the startups it seeks in its investment plan can contribute to minimizing this problem in the country. And with that, both these new companies may have greater prominence in the national market, as Brazilian ports will benefit from an even more present efficiency within these operations.

With this, the company's CFO, Rodrigo Guerra, said that, despite technological advances and the digitization of import and export processes in Brazil, there is still a long way to go for the sector to gain efficiency. Thus, the company's investment plan aims to bring solutions to issues such as closing an exchange contract online, opening an account outside Brazil for CNPJs, reading and integrating international documents, among others. The company believes that technological efficiency in ports goes beyond digitized processes and needs to cover basic processes as well.

Finally, the company announced that it has already made an investment in startups Talura and Cheap2Ship, which operate in international freight pricing, and that the next step is to seek new collaborators for this innovation project within the export and import operations in Brazil. 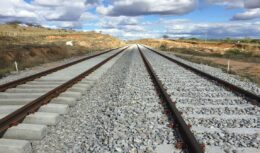 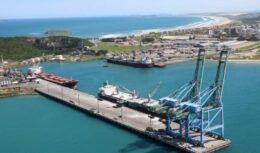 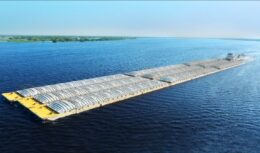