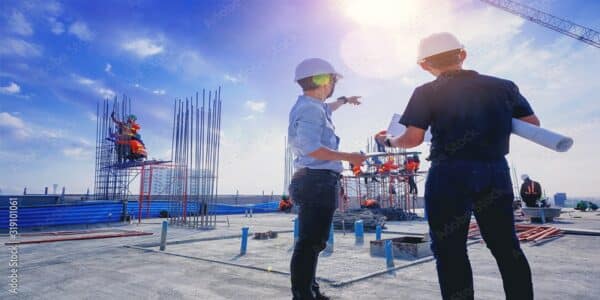 According to the Ministry of Labor, 7,35% of the total number of formal workers in Bahia are employed in the civil construction sector.

The construction industry is growing in the state of Bahia, being the second state that is generating more jobs than before the Pandemic. At the beginning of 2020, there were 114 thousand formal job openings, while at the beginning of 2022, the number of jobs jumped to 133 thousand, which is equivalent to an increase of 15%. Meanwhile, Salvador, capital of Bahia, is the third municipality that generated the most formal jobs in the first months of this year: there were 3,043, behind only the cities of São Paulo and Rio de Janeiro.

According to CBIC economist Iêda Vasconcelos, civil construction currently employs 20% more workers than before the pandemic in the Northeast, including Bahia. Bahia has more than 20 thousand workers with a formal contract, that is, the civil construction market is important for generating employment and income.

Salvador is the northeastern capital that launched the most residential units in 2021, with a total of 5,600, following the line of the heated sector. Even so, the city still occupies the fifth place in the ranking of the capitals that most sold in the Northeast, according to the consultancy Brain. According to Fábio Tadeu Araújo, managing partner of Brain, one of the reasons that explains why the capital of Bahia did not sell as much as it launched is the low stock unit.

Fábio Tadeu says that Fortaleza started 2021 with a larger stock, with around 6,000 units in stock. Meanwhile, Salvador had 4,000 units in stock. Thus, one of the factors that explains Fortaleza having sold more is that the capital of Ceará had more to sell, since Salvador took a long time to eliminate stock in 2021, so there was no time for the launch.

The presidential decree that made civil construction an essential service during the pandemic was one of the reasons that contributed to the positive scenario last year. “We have to talk about the importance of civil construction for Brazil and for employment. We increased the number of jobs in this period by 15%, which is very significant”, says José Carlos Martins, president of CBIC.

Challenges for the construction industry

according to 24 hour mail, between July 2020 and March 2022, at least seven important inputs for civil construction had an increase of more than 75% in the capital of Bahia. The rise in prices is higher than the inflation in Brazil, which is at 11.3% in the last 12 months, up to March.

However, the rise in the prices of inputs used in civil construction was not fully passed on to final consumers, the property buyers, as the works that were carried out throughout last year and in the first quarter of 2022 are the result of the business cycle started in July 2020, a time when the rise in prices was not as significant as it is now.

Among the municipalities analyzed by the CBIC, Belo Horizonte, , Rio de Janeiro, Salvador, Curitiba and Sao Paulo, the capital of Bahia stands out for being the one that least increased the value of residential properties. The increase was only 6% in the values of properties sold in Salvador in the first quarter of this year, when compared to the same period in 2021, according to CBIC.

Tags: BA - BahiaConstructionjobs
previous post PetroRio, the largest independent oil and gas company in Brazil, buys the Albacora Leste field and fills the coffers of Brazilian oil giant Petrobras with more than R$ 11 billion
next post Usiminas shows a drop in sales and announces a reduction in exports to focus on the domestic market in steel production