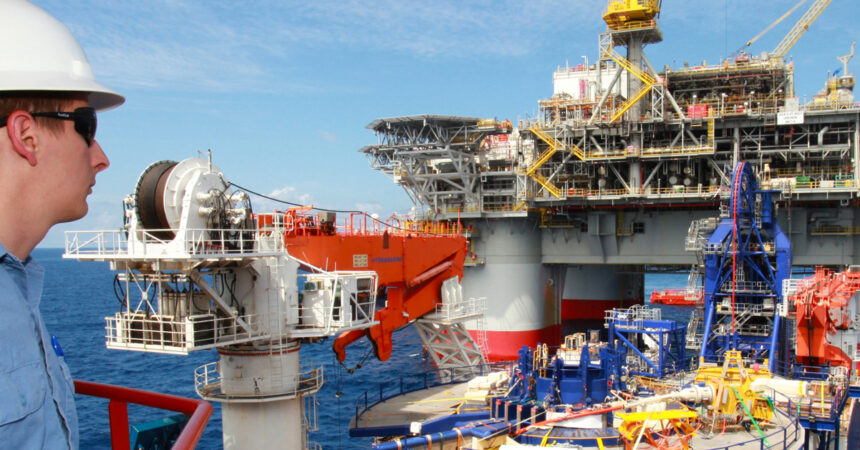 After 4D seismic mapping in Campo de Frade, Chevron sees productive potential in the asset and will open a service window

[supsystic-social-sharing id='1′]Chevron, a global oil and gas multinational, finally starts a major tender in Brazilian waters in order to carry out operations to drill and complete wells, which are located in Campo de Frade, in the of Fields. Initially, the project envisages the design of 6 wells and, at this moment, there is a mobilization in the company to evaluate outsourced companies for the provision of services.

After the spills that happened in the field between 2011 and 2012, production was stopped for more than a year at the site and until then, it had not suffered any type of development due to this event, with the new policies of local content and reduction of governmental taxes, Chevron felt free to inject capital, consequently generating jobs for professionals in the sector and other segments indirectly.

Chevron used technological seismic devices from Ocean Botton, but they were installed by the Fugro company. These equipments made it possible to evaluate and map in 4 dimensions the locality's hydrocarbon deposits with success and proven potential. In addition, there are Christmas Trees connected to production pipelines on an on-site FPSO. Chevron's share in this field is the majority, it holds 51,74%, followed by Petrobras with 30% and Frade Japan with 18,26%

Some subjects that may be of interest: 1-Petrobras will have a new tender in 2018; 2-CSE and Alphatec open new selection processes until December 20; 3-Outsourced company is receiving resumes for works on route 3 at Comperj. Don't forget to join our Telegram groups, in which we publish opportunities daily with direct emails from companies and open selection processes, like and share Click Petróleo e Gás, your official offshore and energy portal.