Car speed can be a way to save fuel in the vehicle, according to speculation 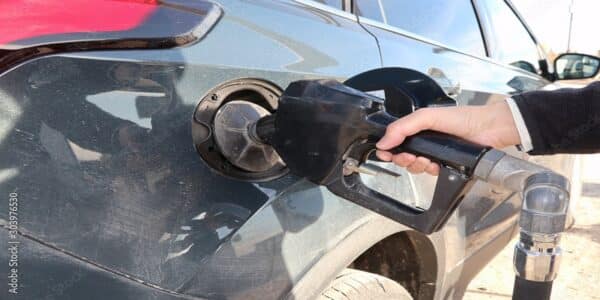 Most people in Brazil believe that if they drive a vehicle at slow speed, a certain amount of fuel can be saved. However, this is a doubt that permeates the minds of individuals, since there is no evidence for such a thought. This issue appears a lot nowadays given the high prices of gas and ethanol. Therefore, any strategy that provides financial savings brings benefits to fuel consumers.

Does speed save fuel?

According to the website Brazil Tender Notice, naturally, if the driver is faster with the vehicle, it will spend a greater volume of fuel and not the other way around, as they think. It is noticed that the more energy an engine needs, the greater its dependence on fuel, so determining a speed that is declared “the one that saves fuel” is a controversial statement.

That said, it is clear that there is no single universally accepted speed that is guaranteed to spend less fuel, whether with any type of fuel, alcohol, ethanol or gasoline. This is because each type of vehicle has different powers and engines than other vehicles, and this fact makes it even more difficult to reach a conclusion about the specific speed that saves fuel.

To illustrate, we can make a simple analogy between a sports car and a popular 1.0 flex car. Logically, the car sports car can reach a higher speed without having to spend more fuel, unlike what happens with a popular 1.0 vehicle.
Considering that most Brazilians own popular cars, the question is: Is there a specific speed that helps a popular 1.0-liter car save fuel?

Experts find a standard speed for popular cars to save

According to some experts on the subject, a car of the popular type should not exceed 70 km per hour, but it is also not recommended to drive at less than 40 km per hour. That is, for those who want to save at least a little fuel, the ideal is that the vehicle speed permeates between 50 and 60 km per hour.
However, it is worth noting that the average speed shown above refers to cars traveling within cities and urban centers. If this is not the main objective, it is advisable to keep the speed between 80 and 100 km per hour.
Regarding the gears of the car, the one that saves the most within the city and urban centers is the fourth, and as for the roads, the one that generates the most savings is the fifth (considering a car that has five gears).

Internal factors of the car can influence the use of fuel

According to data, the more up to date the vehicle is maintained, the more fuel will be saved. This action prevents the engine from consuming more fuel.
Also, it is extremely important to regularly supervise and check the air filters, oil and spark plugs, and, if necessary, replace these components.
The spark plugs are responsible for burning the fuel inside the engine. Therefore, when they are in trouble, the fuel burn is irregular, which can compromise the vehicle's performance and considerably increase the gasoline consumption.
Therefore, it is important to remember to always keep the vehicle maintenance up to date and, if necessary, exchange the parts.

The air conditioning system is also directly linked to fuel consumption, reaching up to 10% of consumption, making it more economically viable to keep the windows open while driving in the vehicle.
However, if the route the vehicle is traveling on is on the road, especially at speeds above 80 km/h, the wind will create a huge resistance that pushes the car in the opposite direction to which it is going.
This negative resistance that the car is suffering requires the vehicle's engine to work harder to go against the wind, that is, it makes the car use more fuel. That said, in this specific case, the recommendation is to use air conditioning, which is more economically viable than keeping the windows open during the trip.