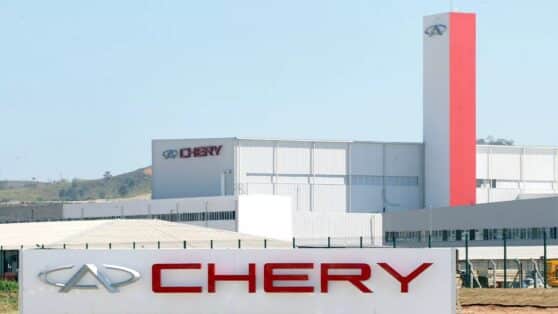 Caoa Chery will fire everyone involved in the engine factory in Jacareí — Photo: Disclosure/Chery

With the objective of transforming its factory in Jacareí, São Paulo, into an electric car production unit, Caoa Chery announced late yesterday afternoon (05) the stoppage of the plant and the dismissal of all employees.

Caoa Chery announced, this Thursday (5th), the stoppage of vehicle production at its factory in Jacareí, in the interior of São Paulo, where the Tiggo 3x and Arrizo 6 Pro models were produced. In a statement issued, the company says that the decision aims to remodel the production line so that electric cars are produced, updating its product range. According to the Metalworkers Union of São José dos Campos e Região, there will be the dismissal of Caoa Chery employees who are involved with the manufacturing activities at the site.

Understand all the details about the stoppage and dismissal of employees

With this decision by Caoa Chery, the automaker will start to produce, at least for now, vehicles only at its Anápolis (GO) plant, where the Tiggo 5x, Tiggo 7 and Tiger 8.

The factory was opened in 2001 and is also responsible for the production of some models of the brand Hyundai. According to the company, in a statement, the stoppage in industrial activities at the unit in São Paulo will be compensated with the intensification of production at the plant located in Anápolis, which is being prepared for new launches in the second half of this year.

Therefore, Caoa Chery continues with its goal of selling 60 thousand vehicles in the national market in 2022. 50% of the unit, when the Brazilian company began to control all marketing and production operations, giving rise to Caoa Chery. According to the company's website, the unit is capable of producing up to 150,000 vehicles per year.

Unit in São Paulo had already been paralyzed

The factory in Jacareí went through a stoppage in March, however, no layoffs were mentioned and at the time, Caoa Chery said that the stop came due to the lack of electronic components that has compromised the entire vehicle industry in recent years.

According to the president of the Metalworkers Union of São José dos Campos e Região, Weller Gonçalves, a meeting was held with the company, which plans to change the type of production at the Jacareí plant.

Therefore, it will dismiss all workers in the production sector and more than 50% of administrative employees. According to Gonçalves, in a meeting held with representatives of the brand, the union was warned that the factory in São Paulo will be suitable for the production of electric and hybrid vehicles in 2023.

According to a statement, Caoa states that the stoppage will be temporary and the unit in São Paulo will undergo changes to adapt production processes, making it possible for new products to be generated from state-of-the-art platforms.

Regarding the dismissal of employees, the company claims to be negotiating with representatives of the Metalworkers Union of São José dos Campos and region to define compensation packages for employees.

According to the statement, the company reinforces that it will continue to provide comprehensive service to customers of the models produced at the paralyzed unit, maintaining full technical assistance, parts, services and guarantees at its more than 140 dealerships located in all regions of Brazil.

Tags: Caoa CheryEletric carselectric cars in Brazilresignationstoppage
previous post South Korean aerospace startup will carry out the first launch of its rocket at the Alcântara Base
next post Port of Itaqui receives ship with the largest soy cargo transport operation ever carried out by Tegram since 2015