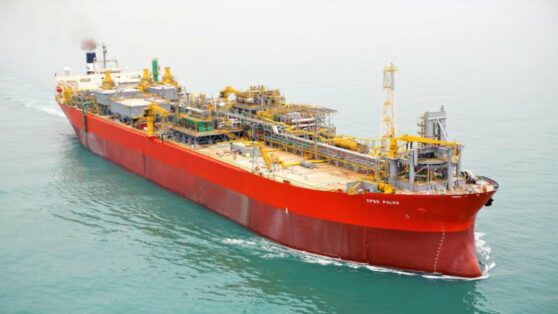 With an initial plan to drill three wells to expand the oil production field, BW Energy acquired the FPSO Polvo to include it in the Maromba project and expand its presence in the international oil and gas market.

The company BW Energy, a subsidiary of the BW Group, announced last Friday, (22/04), the purchase of the FPSO Polvo for inclusion in the Maromba oil production field. In addition, it has an expansion plan in the market that includes the drilling of three wells only in the initial stage for an internal growth in the production and commercialization of this fuel in the international market.

Video: Check out the structure and how an FPSO Rapid Framework works

The BW Group has had a growth plan in the international market for a few years and, during this last week, announced the purchase of the FPSO Polvo for inclusion in the Maromba oil production project, through its subsidiary BW Energy. Thus, the transaction moved US$ 50 million and the company also revealed that the development plan for the field is based on an initial campaign drilling of three wells for the expansion of oil production in the field.

The first of the wells for exploration of the raw material is scheduled to be opened for production in 2025 and another part of the Maromba oil field expansion project includes the drilling of three more wells by the year 2027. , the company BW Energy will not only be able to attract more investment to the oil and gas market, but also expand its internal production for an even more intensive marketing of the product.

With that, the CEO of BW Energy, Carl Arnet, commented on the expansion plan of the production of Maromba oil and the importance of the project for the development of the BW Group. Thus, the executive stated that “We have worked to optimize Maromba's development plan since the acquisition in 2019 and during the covid-19 pandemic. This includes technical assessments, full spectrum analysis of geological, seismic and well data, as well as extensive reservoir modeling and simulations. Based on our findings, we have decided to proceed with the development with six horizontal production wells.”

One of the main points of BW Energy's project for the Maromba oil production field is the slow stages of growth at the site, so that the company can monitor the processes with quality. So, the total production of oil at peak is expected to be between 30,000 and 40,000 barrels per day after completion of the second stage of the project, which could be even higher, but will have to be done in a manner consistent with the initiative.

The investment of more than US$ 50 million in the transaction for the purchase of FPSO Polvo by BW Energy was made due to the FPSO's location close to the Maromba field and similar oil and reservoir characteristics. Thus, after the end of the second stage of the expansion project, the site will be designed for up to 10 producing wells with a storage capacity of 1.2 million barrels.

With this announcement, BW Energy is now heading towards a new phase of expansion of the company with a very clear focus on the expansion market of this field so important to the company and looking for even more growth in the international market.

Tags: BW EnergyFPSOFPSO PolvomarombaPetroleum
previous post PETRONAS and BRASILCOM announce a partnership to expand the sale of lubricants with the objective of reaching all Brazilian states
next post Volvo partners with startup StoreDot to produce extremely fast-charging batteries