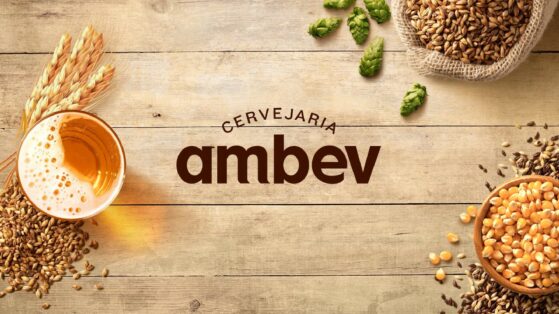 Ambev company foresees its more digitized and innovative future. For this, the brewery has already bet on initiatives such as Zé Delivery and Bees

On the first day of Ambev's Investor Day, April 12, Jean Jereissati, CEO of the brewery, declared that “being just a beverage company does not represent us anymore”. From there, he announced the transformation that the company will undergo. At the event, Ambev's management should detail the directions of the company's plans for investors and analysts.

Known as the largest brewery in all of Latin America, Ambev's challenge is to transform itself in order to remain in constant development. Jean stressed that the brewery sees itself as a “brand platform”, being a reference in the entire context of the beverage sales sector. To achieve the desired transformation, the first step is digitalization, initiated by bets on the metaverse.

In this sense, Ambev already has three innovation projects aimed at its most important customers. One of them is the Zé Delivery home beverage delivery application, developed 7 years ago. In December 2021 alone, the app has already reached almost 5 million active users and has stood out in Ambev's surveys since the pandemic began.

In addition to this initiative, the brewery It has Bees, which is a marketplace aimed at bars and restaurants created in 2019. Last year, the application reached 370 thousand customers and shows a growth capacity of 80%, according to Ambev estimates. Under the Bees brand, there is also the fintech Bees Bank, which small and medium sized companies. In about two years, it already has 220 thousand accounts open and R$ 1 billion in TPV (total payment transactions).

The balance sheets reveal that the new fronts of the brewery have great growth potential, which is the company's objective. Evidence of the transformation of direction is the strategy of studying the company's performance by the return on invested capital, the ROIC, and leaving aside the Ebitda, a traditional indicator of operating cash.

Thus, the CEO of the Ambev brewery stated: “As we develop new businesses with different financial profiles, we believe that ROIC will be the best metric to fully capture the value of a company that is transforming”.

The brewery's digital advance aims to provide several solutions and, in this way, trigger the company's expansion. The inspiration comes from the company's own golden years, when, in the first 15 years, Ambev's Ebitda increased more than 10 times with the business boom.

“However, after 2015 we started to have some difficulties. Sales volume stopped, margins deteriorated, Ebitda stopped growing and our market value began to reflect that. The macroeconomic aspect played a big role [in this scenario], but the truth is that the industry has changed and we haven't adapted. The time has come to evolve the growth model, transform the company through technology”, declared Jean Jereissati.

The biggest question is how to implement this change in the brand. Several investors, encouraged by Ambev's action plan, raised the company's shares to more than 3% on the eve of Investor Day. However, the challenge in explaining the brewery's strategy is great, given that the “transformation is still in the early stages”, as explained Lucas Lira, CFO of Ambev.

He added: “We are looking for many opportunities not only in our core business, but also in our technological capabilities – which, if executed well, can unlock long-term and sustainable value creation.”

For Lucas Lira, the Bees initiative is a perfect example of what the brewery expects for its future. “It's something very different in terms of business model, which would not have had space at Ambev long ago. Bees showed us that this is possible: it accelerated the growth of our core business, helping us to better serve our customers. The result is smarter campaigns, better product offerings and technology-enabled revenue management tools. With this, we expanded the distribution reach not only for beer, but also for non-alcoholic beverages, reaching new business opportunities”.

Tags: ambevbreweryCompanies
previous post Jeff Bezos, the billionaire owner of Amazon, invests for the first time in a Brazilian Start-Up; fintech was created by a young man from Goiás
next post Mercedes-Benz offers job vacancies and internships in São Bernardo do Campo, a municipality in the state of São Paulo