Brent oil is quoted again above US$ 100 and has accumulated high above 58%: Brazilian consumer pocket is being harmed, see how

per Daiane Souza
-
–
in Oil, Oil and Gas 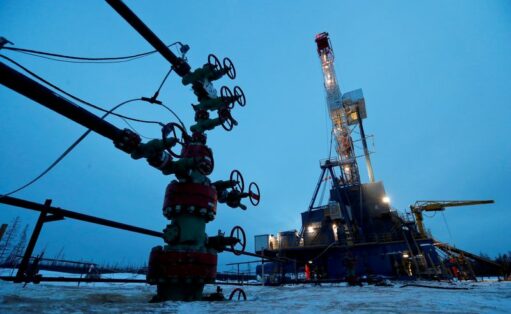 Brent oil is quoted again above US$ 100 and has accumulated high above 58%: Brazilian consumer's pocket is being harmed, see how – Source Canvas

During this Monday, May 2nd, Brent oil was operating with a drop of at least 2%, having its accumulated appreciation in just two years in the range of 58%. It is estimated that in just one year, it would have risen by at least 100%, that is, doubled in price. This has a direct impact on the Brazilian consumer's pocket since a large part of the Brazilian population, according to data from the IBGE, has a monthly income below two minimum wages (R$ 2.4 thousand). In short, this variation would have been caused by the war that is taking place between Russia and Ukraine, in which Putin says he should only stop the attacks after signing an agreement that will prevent the invaded country from being part of groups. like NATO, which is owned by the United States.

Increase in Brent Oil scares and gasoline is already more than R$ 7, and could reach R$ 10 at the end of 2022, consumer feels loss

Depending on the results of the elections scheduled to take place in October 2022, the price of oil may fall or rise so significantly in our country that gasoline will reach up to R$ 10 per liter. On social media, netizens are concerned about the situation, arguing that in the past, people paid in the range of R$ 200 to fill the car's tank and that now even using R$ 400 it is not possible to do that.

In Santa Catarina, since 2021, the governor, Carlos Moisés, would have already signed a project that would allow the change of fuel pumps so that the value of the liter could be quoted at more than ten reais.

What is the price of a barrel of oil today? Now, the value of a barrel of oil is counting on a quotation in the range of 107.14 dollars per liter in view of a negotiation of at least one thousand barrels per purchase. This is one of the highest ceilings of the day and can increase during the week according to geopolitical conflicts.

The dollar rose again and the scenario, which until then was very promising, seems uncertain.

During last Friday's trading session, April 29, the dollar ended up being counted up to a range of R$ 4.97. In short, the currency would have fallen during the conflicts that were going on between Ukraine and Russia. Another aspect that was causing the currency to begin to fall even more significantly was on the increase in the Selic rate, which caused the base interest to go to at least 11,75%. In other words, the Brazilian scenario, regarding investments in fixed income and direct treasury, is showing itself to be more promising and with high expectations every day.

The Selic rate would have been increased by the Minister of Economy, led by Paulo Guedes, and the Brazilian central bank with the aim of attracting more dollar-denominated investors and controlling the exchange rate. However, it seems that only the lower classes, the consumer, are being harmed by the situation as loans and financing are becoming increasingly expensive and unfeasible. Another aspect that should be noted is the greater rigidity of banks in lending money.

Tags: BrazilianBrentfuelsconsumerEconomyPetrobrasPetroleumSao Paulo
previous post Havan has job and internship vacancies for Brusque and at Home Office: see what they are and how to apply
next post Mercedes Benz and BMC Hyundai have internship vacancies at home office and in person