Brazilian industries face idleness in biodiesel production, according to Ubrabio

per Roberta Souza
-
–
in biofuel 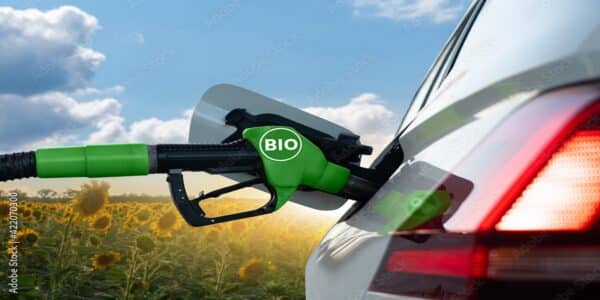 According to the director of Ubrabio, the industries invested to increase the production of biodiesel, but now they face idleness

It is not new that Brazil seeks to reduce the use of diesel, coming from petroleum, betting on biodiesel from vegetable oils, a more sustainable and less polluting option. This search for the use of biofuel involves policies that were designed so that this branch could grow safely, since it is a tactic to promote the development of the economy and of the biodiesel production industries in Brazil.

Commercialization of biofuel mixture declines in 2022

In 2022, the commercialization of the blend of biodiesel with diesel should be in the proportion of 14% of the biofuel and 86% of diesel at gas station pumps, however, currently the government maintains the blend at 10% of biodiesel, showing a decrease in relation to previous years that followed the mandatory percentages of blending with biofuel.

In addition, this deficit in the commercialization of the biofuel it directly affects the industries that have invested in its production, as the director of Ubrabio, Donizete Tokarski, says, “This is the worst of all worlds, a disaster for the sector. The entrepreneurs trusted and invested in the expansion of production and now they have an idleness greater than 50% in the industries”, he reports.

The Bolsonaro government has recently examined the alternative of importing biodiesel from other countries in the hope of reducing the value of fuels on the international market, as there has been a sharp rise in prices. The proposal for the biodiesel industry would end up making the activity in the country unfeasible.
As the director of Ubrabio reports, importing biofuel would generate a vast loss for the sector; “This situation of importing biodiesel is a destruction of the sector, because the Brazilian industry was prepared to advance. We are facing a picture of 10% in the mix and shortage of diesel in the country already alerted by the ANP itself. Even in the face of all this, instead of intensifying the production of biodiesel, they are looking for a palliative solution, which generates employment only in other countries”.

Idleness in the biodiesel industry

according to Rural Channel, one of the considerations in relation to the biofuel sector, with regard to government policies, is the percentage of only 10% in the mixture, and the biofuel industry has gained enough investment to increase this percentage.
Currently, Brazil has a capacity for 12.8 billion liters of biodiesel per year, but the estimated production for 2022 was only 6.2 billion liters, generating an idleness of about 52% in the biodiesel industry.
According to Flavio Negrão, general manager of Grupo Potencial, which has a biodiesel production unit located in the municipality of Lapa, in Curitiba, there was a movement on the part of the biodiesel sector so that it was prepared to meet the blending of biodiesel and diesel. As Flávio points out, the industry prepared itself, invested, but the mix did not happen. The Potential Group, industry
with a capacity of 900 million liters of biodiesel per year, it is the largest national biodiesel production unit. To reach this level, three expansions were necessary, the last one in 2020 with an investment of R$ 50 million.

Deficit in the percentage of biodiesel stops using about 5.2 million tons of soy

The low percentage of biofuel in the mixture for commercialization generates a direct impact on the field, since soy is the main raw material for biodiesel. Thus, the percentage of 10% of biodiesel present in diesel, considering that the CNPE guaranteed a percentage of 14% of biodiesel in 2022, has negative consequences for the field's production.
Among the biofuel composition, soybean oil accounts for 71.4%, other vegetable oils account for 17.3% and animal fat corresponds to 11.3%. This proportion varies over time, as it depends on the availability and price of these inputs.
As Luiz Eliezer Ferreira, a technician at the DTE (Technical and Economic Department) points out, the participation of soy in the composition of biofuel will be smaller and smaller in the future, in view of the growth and production of other raw materials and the rise in the price of soy for the biodiesel industry.
Also according to Luiz, if the percentage of biodiesel in the mixture were increased, the percentage in the order of 4%, 2.8% would come from soybean oil. This additional would result in an increase of 5.2 million tons of soy beans or 750 thousand tons of soy oil.

Tags: BiodieselIndustryProduction
previous post Minerals suffer retraction in Brazil thanks to rains in Minas Gerais and reduced imports in China
next post Oil and gas sector should receive investments of R$ 175 billion by 2030; says IBP