Start • Brazil has the third most expensive gasoline in the world; CNG has high week

Brazil has the third most expensive gasoline in the world; CNG has high week

Brazilian population pays for one of the most expensive gasoline on the planet. High fuel prices create several other problems for the economy

The price of gasoline in Brazil is something very serious, causing other problems for the country's economy. A report from Oxford Economics showed that Brazilians pay for the third most expensive gasoline in the world. The study took into account the purchasing power of a country house. In the general ranking, Brazil was in 53rd place in a list of 170 countries surveyed.

Meanwhile, even with all the economic problems, the gasoline sold in Venezuela is the cheapest in the world. According to information from Global Petrol Prices, the Venezuelan pays US$ 0.025. In Brazil, the average price of a liter is US$ 1,480, or R$ 7.40.

RRecent results from the ANP confirm the data

CNG also rises across the country

Bulletin released on Friday, the 29th, by the National Agency of Petroleum, Natural Gas and Biofuels, showed that the price of vehicular natural gas (CNG) rose for the second consultation week at gas stations. The consumer who used to pay R$ 4,742 per cubic meter is now paying R$ 4,774.

According to the Brazilian Association of Piped Gas Distributors (Abegás), the increase in natural gas will not generate any profit for distributors, since only the costs of the operation will be passed on to consumers. 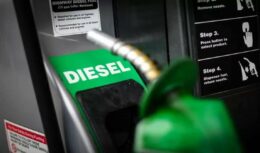