Brazil has strengthened ties with the United States, although they have presented different opinions about the war between Russia and Ukraine. 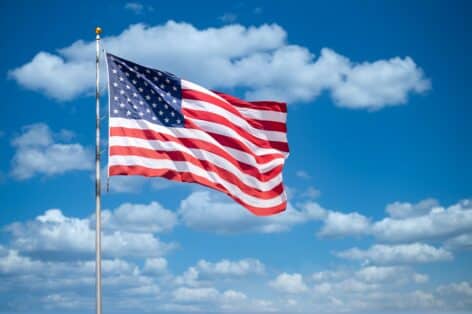 In the discussions between the United States and Brazil, topics such as the conflict between Russia and Ukraine, democracy and the Amazon appeared.

On Monday, April 25, officials from the United States Department of State made the first high-level contacts with the Government of Brazil since 2019. This time, the talks reinforced ties between the two countries, which today constitute the two largest democracies in the Western Hemisphere, even though they present divergent thoughts about the conflict between Ukraine and Russia.

In this vein, Victoria Nuland, the United States Under Secretary of State for Political Affairs, was grateful to Brazilian diplomats for positioning themselves alongside the United States in the United Nations Security Council vote, even though President Jair Bolsonaro has not criticized Russia's attacks on Ukraine.

During the discussions, the question of Brazilian democracy was raised

In addition to the issue of the war between Russia and Ukraine, Victoria Nuland said that the United States believes in the strong institutions that defend Brazil's democracy, when questioned about President Jair Bolsonaro's criticism of the Brazilian electoral system. “We have confidence in your systems and you need to have confidence in your systems, including at the leadership level,” she added.

José Fernández, undersecretary for Economic Growth, Energy and the Environment, said the United States encouraged Brazil to join the Organization for Economic Cooperation and Development (OECD), an institution that encompasses rich nations. However, he believes that membership could last for many years.

The issue of the Amazon was also on the agenda

Also, the US authorities expressed concern about the issue of deforestation in the Amazon Forest, according to Ambassador Pedro Miguel da Costa e Silva, Secretary for the Americas at the Ministry of Foreign Affairs. To reporters, he declared: "They want to see concrete results."

The ambassador stated that the US authorities are aware of how Brazil has been dealing with deforestation and what measures it is taking to contain it. In addition, it conveyed the message that developed countries need to disburse more funding and investments in sustainable development sectors – which has been happening in Brazil through sustainability projects.

This concern arose from the increase in deforestation in the world's largest rainforest, intensified during Bolsonaro's government and which reached record rates in the period from January to February.

Also watch the video below and stay on top of the subject:

Steel rising: affected by the conflict between Russia and Ukraine, steelmakers in Brazil increase product prices, which can reach an increase of up to 10%

Due to the conflict between Russia and Ukraine, the world market has been affected in several ways, one of them being the increase in the price of steel. Thus, Brazilian steelmakers have also followed international steel values. According to experts in the field, Gerdau's rebar prices in Brazil have increased from 6% to 9%. Companhia Siderúrgica Nacional (CSN) will carry out increases from 8% to 10%, until the beginning of April at the latest. So far, Usiminas has not released any changes, but it is likely that it will follow the same path.
Gerdau's addition follows a strongly reduced import similarity equation, above 20%, compared to break-even levels of 5%. Just this week, a report was published by BTG Pactual in which analysts Caio Greiner and Leonardo Correa stated that long steel values were lower compared to parity for a long time, which shows that demand conditions remained weak. For more information about the conflict in Eastern Europe, click here to read this article in full.

Tags: amazonBrazilU.SRussia
previous post Multinational Great Panther exchanges U&M Mineração, which managed the Tucano mine, for mining company Minax after falling production of ounces of gold
next post Minas Gerais is stronger than ever in the mining production chain: New investments and businesses will be topics covered by IBRAM on the 27th