Brazil and Guatemala team up to create world ethanol program 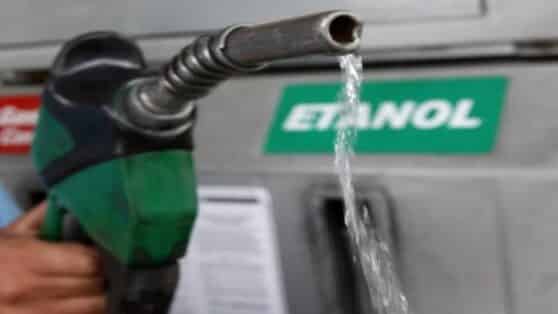 Brazil and Guatemala joined together in an event on Ethanol to encourage the use of biofuel in the transport matrix, as a blend in gasoline, in the Central American country.

During the opening of the first edition of “Sustainable Mobility: Ethanol Talks Guatemala”, which took place this Tuesday (03), the Brazilian ambassador to Guatemala, Vera Cíntia Álvarez, said that Guatemala is ready to enter an ethanol program and join more than 60 countries in the world that use biofuels in its transport matrix. Vera says that a world market for ethanol will be developed and the biofuel will be transformed into a commodity with global value.

The event was promoted by the Sugarcane Industry Association (UNICA), in partnership with the Local Productive Arrangement of Alcohol (APLA), the Brazilian Trade and Investment Promotion Agency (ApexBrasil) and the Ministry of Foreign Affairs ( MRE). At the event, Brazilian and Guatemalan authorities, researchers and experts gathered in Guatemala City to discuss the benefits and challenges associated with the use of a 10% blend of ethanol in Gasoline cross country.

During the opening, Alberto Pimentel, Minister of Energy and Mines of the Central American country, highlighted that the event makes it possible to learn from the Brazilian experience and also contributes to the design of a policy for mixing and using biofuel in Guatemala.

Pimentel reinforces that the country sells ethanol, however it does not produce it, so the benefits of ethanol must be used and that the country's future will be much more sustainable in a short period of time.

Ethanol will be used in Guatemala to increase sustainability

According to UNICA, the seminars at the event have the mission of contributing with the experience in the production, use and distribution of the ethanol in the most varied areas, such as technology, public policy, public health and the environment. According to Evandro Gussi, president of UNICA, it is possible to observe that, once again, this Ethanol Talks format generates impressive benefits.

For Brazilians, the great asset present in the country is reinforced, which is the production, increase and consumption of the bioenergy parks that Brazilian plants are transforming. On the other hand, it is incredible to see how Brazil can contribute with other countries that want to expand the share of biofuel in the transport matrix.

Currently, more than 60 countries already have mandates that establish some level of blending biofuel into gasoline. In the case of Brazil, the use of ethanol by about half of light vehicles prevented 600 million tons of CO2 from being emitted into the atmosphere. In Guatemala, with an effective policy that uses the blend of 10% of the biofuel in gasoline, there is the possibility of avoiding about 250 thousand tons of CO2 per year.

Guatemala plans to reduce its emissions by 11% by 2030

The measure would help Guatemala meet its commitments under the Paris Agreement. Guatemalans' goal is to reduce their CO2 emissions by 11% over the next decade.

According to the executive director of UNICA, Eduardo Leão de Sousa, the Government of the Central American country is very interested in having a more sustainable energy and transport matrix.

The event has had positive results and should generate a continuous process of collaboration between the countries, of consolidation and strengthening of the relationship between Brazil and Guatemala. Leão also stated that this is the beginning of a long journey, which everyone hopes will be successful.

Tags: biofuelsbiofuelethanolGuatemala
previous post Multinational vehicle manufacturer Volkswagen, suspends production of Polo, Virtus, Nivus and Saveiro, and puts more than 2000 employees of its factory in SP on collective vacation
next post South Korean aerospace startup will carry out the first launch of its rocket at the Alcântara Base