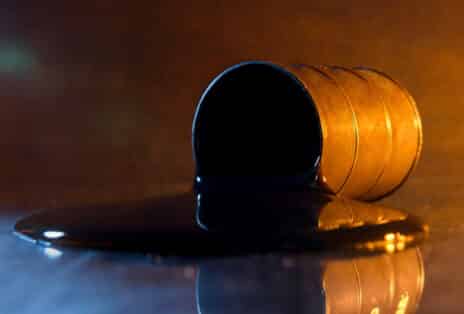 Due to the rise in oil fuel prices, companies in the commodity sector will maintain their profit over the next few months.

The giant Petrobras, as well as other companies in the oil sector with shares on the stock exchange, should continue to show good results in the next quarters of this year 2022, in the opinion of experts consulted by the Broadcast website. The company released its earnings on the commodity late on Thursday (5), exposing a rise of 3.718% in profit in the first quarter of this year, compared to the same period last year, and of 41.4% in compared to the last three months of the year, totaling R$ 44.5 billion.

According to Infomoney, the reason to believe in profit over the next few months is the hope that oil prices will continue to rise with demand that exceeds supply, due to the sanctions imposed by the European Union on Russia, with a total embargo. of the commodity – products of animal origin or raw mineral extraction, whose prices are determined by the international supply and demand of the commodity. Oil is a commodity-.

According to Nicolas Silva, head of the Expert Table at CM Capital, even with the OPEC (Organization of Petroleum Exporting Countries and allies) to maintain increases in the production of the commodity, the drop in oil inventories tend to raise the price of it.

In the month of April, the uproarious international scenario, with regard to oil, allowed companies in the sector “challenge” the behavior of the market, this is because the shares stood out, while the stock market in Brazil and abroad had large drops, recalls Fernando Damasceno, an analyst at Modalmais. Parallel to this, the commodity companies almost did not register maintenance stoppages. For Damasceno, Brent oil prices should settle above US$ 100 in the coming months, which will guarantee satisfactory results for companies in the commodity sector.

Another factor that can also generate huge profits for the oil sector is the payment of dividends, specifically for the company Petrobras. Yesterday the company announced anticipated earnings of around R$ 3.17 per share to be paid to shareholders who were in Petrobras' database until May 23, 2021. These data refer to the first quarter of the year.
For Ricardo Peretti, stock strategist at Santander Brokerage, the news that the commodity is generating profits for companies in the sector, may keep investors excited in the foreground and leave, in the background, the distress with the addition of 5% per year in oil extraction costs forecast for the commodity companies.
The two “buts” to the positive indication of profit for companies in the oil sector, were only given considering the effects of the lockdowns in China, due to the outbreak of covid-19, which can compromise the development of the growth of the Asian country, reflecting on the economy. world. In addition, there is also the proximity of elections in Brazil, which generates turmoil in the country and can generate, above all, at Petrobras due to the risk of political interference, reports Rodrigo Crespi, an analyst at Guide Investimentos. This Friday, 07, during the explanation of the balance sheet made by Petrobras, President Jair Bolsonaro returned to attack the oil company, criticizing its profit and asking, once again for Petrobras not to pass on the new fuel price increases. .

Regarding the Top Picks recommendations – investments that an institution shows to its clients – for the next week, Ativa chose to change the entire portfolio. Camil ON, Gol PN, SulAmérica ON, Natura ON and Banco Inter Unit were withdrawn to enter BRF ON, Cosan ON, Marfrig ON, Lojas Renner ON and Vale ON.
BB Investimentos only kept Petrobras PN in its portfolio and exchanged Kepler Weber ON, Multiplan ON, Portobello ON and Trisul ON for Alpargatas PN, Bradesco PN, Suzano ON and Taesa Unit. You can check the other actions here at this link.

Tags: commodityoil tankersOil, Oil and Gas
previous post Large Brazilian aluminum company stands out in the economic scenario of the first quarter of 2022
next post Companies working in favor of the environment and nature wish to obtain certification in order to acquire investments