per Daiane Souza
-
–
in Plant and Agribusiness 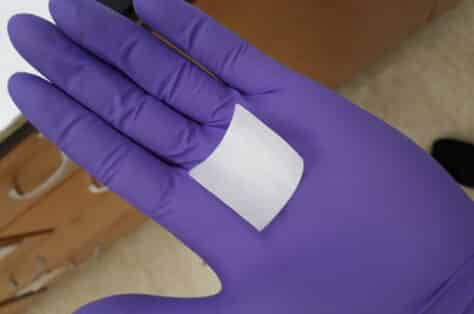 Biodegradable material can help fertilize plant seedlings and will be a great booster of the agrarian economy, understand – Source: Press Office

Students and researchers who are part of the Federal University of São Carlos (UFSCar) and the University of São Paulo (USP), created a new fertilizer that uses sugarcane cellulose as the main raw material, whose objective is to use biodegradable materials so that there is slow exposure to soil and enough decomposition for faster plant growth.

When this material is used on a large scale by farmers, it will be possible to reduce a part of Brazil's dependence on the use of fertilizers that are imported from Russia. Since the outbreak of the war between the Russia and Ukraine, prices inflated, harming the small consumer and cultivator of their land.

How is this biodegradable material made?

This biodegradable material can only be made using sugarcane-based cellulose fiber, which is part of our country's agrarian culture. In short, it has some nutrients that are essential for a faster development of seedlings on the soil, namely nitrogen, phosphorus and potassium.

These materials are able to suffer from natural decomposition processes when they come into contact with the environment, leaving no acid or heavy metal on the earth, which can, consequently, make it more productive.

Soon after the product was created, the invention was sent to the  National Institute of Industrial Property (INPI). And, for those who may be thinking that it will be expensive, according to the Federal University of São Paulo, its production is around R$ 0.27, precisely because it only includes items that are already part of Brazilian agriculture, without having to suffer so much from the variations in commodities at the time the purchase is made.

The creation of this fertilizer would have been inspired by a doctoral work by Lucas Luiz Messa, PhD in Engineering and Materials Science at USP, Pirassununga campus. Lucas would have received support from the Fundação de Amparo à Pesquisa do Estado de São Paulo (Fapesp) so that he could remain in the field of science through grants. He is currently part of the teaching staff at the Department of Natural Sciences, Mathematics and Education (DCNME-Ar) at the Araras Campus of UFSCar.

You will not need to use any type of solvent and there is no disposal of materials that are bad for the environment during production.

One of the positive aspects, according to the doctor, is that the creation of this biodegradable component does not require the use of solvents, preventing them from being dumped into the sewer and causing environmental problems to fish and water.

In a sheet format, as if it were a piece of paper, it is not necessary to have conservation through plastic, being able to even use the material as a bag and then dispense it in the crops, where it will provide many nutrients to the soil, leaving you much richer and nourished.

Tags: agribusinesssugar canefertilizersSP - Sao PauloUSP
previous post Will diesel aid be created for truck drivers? See about value, who receives and why it was created by Bolsonaro
next post Azul Linhas Aéreas offers vacancies in its Young Apprentice Program in five Brazilian cities