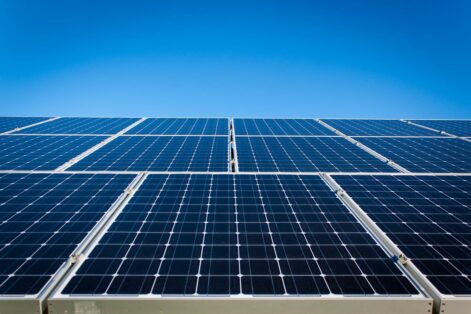 Last Monday, (25/04), deputy AJ Albuquerque, who created PL 918/22 (Bill 918/2022), commented on the new initiative, which aims to change the legal framework for mini-generation distributed solar energy to exempt the tariff flag. In addition to guaranteeing more tax benefits for the production of the resource in the national territory as a market expansion strategy.

Now in transit through the Chamber of Deputies and awaiting a vote for approval or not, the bill by deputy AJ Albuquerque has as its main objective to exempt from the cost of the tariff flag the consumers that produce their own energy from wind or solar sources in DG systems (distributed generation) and that are under the current tariff regime of the legal framework of distributed mini-generation of the resource in the national territory.

In this way, the deputy's text will change the legal framework of minigeneration with the addition of a paragraph to exclude the incidence of increases through tariff flag of active electricity consumption to be billed to consumer-generator of solar energy in the country . This legal framework also serves the production of wind energy in Brazil, but the solar energy segment is still the most benefited and is the deputy's main focus in relation to the Bill presented by him for tax benefits.

The legal framework for mini-generation of solar and wind energy in Brazil, also known as Law 14,300, allows the incidence of tariff flags on consumption billed in the month of production of these resources. However, the deputy believes that this is an absurd charge and that this is one of the reasons why the energy sector focusing on renewables in Brazil has not yet reached the level that can be achieved. Thus, the exemption from the tariff flag would be the first of several tax benefits that would make it possible to expand the production of the resource in the country.

After being presented to the Chamber of Deputies by Deputy AJ Albuquerque and being currently in transit and awaiting approval, the Bill will be analyzed in a conclusive character, a rite of procedure by which the project does not need to be voted on by the Plenary. Thus, only a few specialized committees will analyze the proposal and, among them, are the Consumer Defense; Mines and Energy; and the Constitution and Justice and Citizenship (CCJ).

Deputy AJ Abluquerque commented on the main defense of his Bill and declared his main point in relation to tax benefits in the production of solar energy in Brazil: “These matrices [solar and wind energy] are not subject to variations due to the water scarcity or need interventions through thermoelectric plants. They are renewable sources of low cost of generation that are paid for through private investments by consumers-generators”.

In this way, he believes that, with the correct and necessary tax benefits, the solar energy sector can reach even higher levels and a new presence within the national scenario to contribute to the decarbonization of the market.