The Baraúna region, in Rio Grande do Norte, will benefit from Belocal's new venture in the mining sector and, with the release of the license by Idema, the company can now begin preparations for the exploration of limestone in the region.

The Institute for Sustainable Development and the Environment (Idema) granted the company mining Belocal, this last Monday, (02/05), an environmental license. Thus, the company is able to continue its venture in Sítio Baixa Branca, in the municipality of Baraúna, located in the state of Rio Grande do Norte, for the exploration of limestone in the region.

License granted by Idema to Belocal meets requirements and the company will be able to start a limestone mining and exploration project in the Baraúna region, in RN

After a long analysis of the region and inspections of the operations of the mining company Belocal, the company finally obtained the environmental license from Idema, necessary for the start of the enterprise. Now, Belocal will be able to start limestone exploration operations to expand its presence in the mining sector in Brazil, focusing on the reserves in the Baraúna region, in Rio Grande do Norte.

The search for the Idema license has been going on for a few months by the Belocal company. In addition, the Public Hearing for the feasibility of the project was held on December 8, 2021, when the Environmental Impact Study and the respective Environmental Impact Report were presented and discussed. However, Idema managed to verify all the requirements in the company's operation and granted the license based on the resolution of the National Council for the Environment – Conama nº 01/86 and 09/87.

The main requirement for a mining company to obtain a license for the mineral exploration venture is that the entrepreneur must comply with the signing of the Term of Commitment to effect the environmental compensation. Thus, this term was agreed with Belocal and the company agrees to carry out the activity, in addition to carrying out all mitigating and environmental control measures, according to the executive schedule contained in the Studies presented. These are the main ways that Idema uses to achieve the least possible environmental impacts in mineral exploration projects in Brazil.

The Baraúna region is highly benefited from mineral reserves and is one of the great poles for mining activities. The site is within the Apodi Group, located in an area covered by the deposition of sediments in an extensive tidal plain and on a shallow, carbonate platform. Thus, this region has a high tendency towards mineral reserves such as limestone, Belocal's main focus in the mining enterprise being developed in Baraúna and should start soon after the Idema tender.

Thus, the director general of Idema, Leon Aguiar, commented on the importance of the growth of mining in the region and the development of yet another enterprise focused on the exploration of minerals such as limestone in the state of Rio Grande do Norte. The executive also stated that “We are expanding mining within the state and strengthening the region's economy. The installation of the enterprise is another result of the actions of the Government of RN to attract new investments in the mining sector within the state during the coming years”.

And, with the release of the license by Idema, Belocal is heading towards yet another mining project aimed at conscious and responsible exploration. In addition, it is just one of the major projects that the company intends to carry out throughout the year 2022. 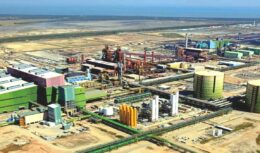 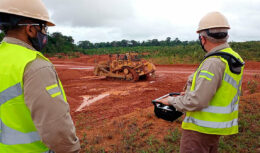