EIB will provide more than US$ 650 million to Enel for investments in the development of renewable energy projects in Brazil, Peru and Colombia

per Ruth Rodrigues
-
–
in Renewable energy 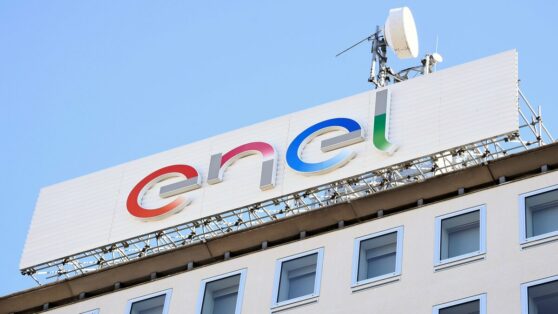 Enel and BEI sign a partnership to develop a multi-million-dollar project in the field of renewable energy. Photo: REUTERS/Flavio Lo Scalzo

In addition to Brazil, Peru and Colombia will benefit from the US$ 650 million investment package in renewable energy projects delivered by the EIB to Enel, aimed at expanding the energy transition in Latin America

Recently, the energy company Enel announced a partnership signed with the European Investment Bank (EIB) for the development of new renewable energy projects in some Latin American countries. Thus, until this Saturday (23/04), it is known that the EIB has closed a contract for an investment package of US$ 650 million that will be applied in Brazil, Peru and Colombia in projects aimed at the renewable energy segment.

The energy company Enel announced its partnership with the EIB, through its development subsidiary EIB Global, and the Italian export credit agency Sace, for the development of new renewable energy projects in Latin America over the next few years, as a way of firming the EIB's shares in the international market in terms of energy transition in other countries, with a focus on Brazil, Colombia and Peru.

In this way, in a partnership format known as sustainability-linked which provides for a multi-country, multi-business and multi-currency scope of up to 600 million euros (equivalent to more than US$ 650 million), Enel will be able to carry out the development of a series of renewable energy projects in the three countries. This is the first agreement of its kind that the EIB is carrying out and, with it, the bank intends to expand its presence within international partnerships in the energy sector and attract more investors to the sector.

Thus, approximately US$ 130 million will be allocated to Peru, for the development of wind energy projects, through the implementation of complexes to generate this resource, while the remainder will be applied both in Colombia and in Brazil. In this way, the national territory will benefit from a millionaire package aimed at renewable energy from solar and wind source, since they have great potential in Brazil, and for renewable energy projects focused on the distributed generation of this resource.

Investment plan in renewable energy projects of the energy company in Brazil, Colombia and Peru will be essential for the company to achieve the goal of reducing carbon emissions

Executive Ricardo Mourinho Félix, Vice-President of the European Investment Bank, commented on the relevance of the investment package that will be applied to renewable energy projects in Latin America through Enel and also stated that “This new agreement with Enel and Sace illustrates how the EIB intends to work through EIB Global, where partnerships are central. It also shows our commitment to promoting sustainable investments and green in Brazil, Colombia and Peru”.

Enel, on the other hand, highlighted that this is an extremely important step for it to be able to achieve its goals in terms of reducing carbon emissions within Brazil and other countries. The company intends to reach the mark equal to or less than 148 gCO2eq/KWh by 2023, thus contributing to achieving UN Sustainable Development Goal 13, and will further intensify investments in renewable energy in the countries in which it operates to achieve this goal. result.

Thus, the partnership signed with the EIB is one of the company's moves to expand its production of renewable energy and ensure the reduction of carbon emissions through new projects to generate this resource in the three countries in question.

Tags: EIBenelenergyRenewable energyprojects
previous post Antaq announces public hearing for public contributions on the lease of the container terminal located in the Port of Santos
next post Federal Government will cede cargo handling area from the Port of Cabedelo to Docas da Paraíba, aiming to reverse the capital raised in investments for the infrastructure of the place