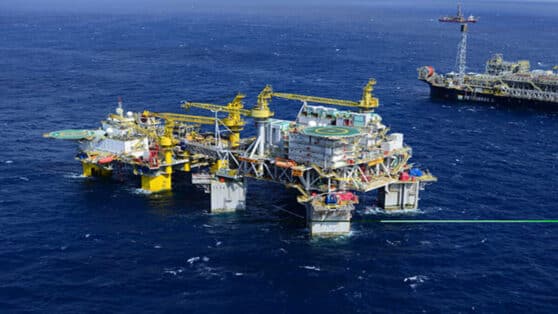 About 39 blocks of oil exploration wells in the Potiguar Basin underwent the leasing process in the ANP auction and, as a result, the state of Rio Grande do Norte should receive around R$ 39 million in investments. Source: Petrobras Agency

Around 39 blocks of oil exploration wells in the Potiguar Basin underwent the leasing process in the ANP auction and, as a result, the state of Rio Grande do Norte should receive around R$ 39 million in investments in the segment

Last Wednesday (12/04), the National Agency of Petroleum, Natural Gas and Biofuels (ANP) held a large auction of oil exploration wells throughout Brazil. Within the round, around 39 blocks in the Potiguar Basin underwent the leasing process, which should provide Rio Grande do Norte with an investment plan of around R$ 39 million over the next few years.

After the conclusion of the auction for the concession of oil and natural gas exploration wells in various parts of the national territory, Rio Grande do Norte should receive approximately R$ 39 million in investments for the lease of 39 blocks in the Potiguar Basin, according to projections by the company itself. ANP, which uses a minimum exploratory program that winning companies present as a requirement to win the exploration well auction, to ensure that investments are efficiently applied in the states.

The companies that leased the exploration wells in the ANP auction were Petro-Victory and 3R Petroleum, which already have oil and natural gas exploration projects in the state. Thus, during the auction of the Potiguar Basin blocks, Petro-Victory won 19 blocks, divided into three different sectors, and 3R another six blocks in two areas of the state, thus guaranteeing a good concession of state operations for companies that operate in the oil and natural gas production segment.

The exploration wells in the Potiguar Basin that were auctioned off by the companies represent around 42.3% of all blocks in the auction, thus guaranteeing great prominence within the ANP event and new perspectives for the oil and natural gas segment in the Potiguar territory. Thus, the ANP and the government of Rio Grande do Norte expect an amount of R$ 39 million to be invested in investments in the state through the extraction of these fuels after the agency's auction.

Despite the Potiguar Basin having been the great highlight in the leasing of oil exploration wells in the ANP auction, other areas of Brazil also got their space and the event was a real success for the expansion of investments in the production of these fuels. All the blocks that were participating in the auction were contracted by 13 companies, which are expected to invest R$ 406 million in exploration activities in the coming years and, thus, foster an even greater development of the sector in Brazil.

Thus, the Minister of Mines and Energy, Bento Albuquerque, celebrated the success of the ANP auction and stated that “We can highlight the interest of several companies that started and consolidated their operations in Brazil, acquiring mature fields from Petrobras through the divestment process. I am happy to see the number of national companies participating in this event, something that should be proud of all those who develop public policies in this country”.

In addition, despite Petro-Victory and 3R Petroleum having achieved great prominence in the leasing of exploration wells in the Potiguar Basin, another company that achieved a good presence in the auction was PetroReconcavo, which already has an average daily production of 11,192 barrels of oil equivalent (boe)/day in RN and intends to expand these numbers even further.

Tags: ExplorationANP AuctionPetroleumwellsPotiguar
previous post Oil company SBM Offshore invites candidates without technical level experience in Instrumentation, Mechanics, Electrical and more to work on board at 14 x 14 scale in the Campos and Santos basins
next post Entity warns of an increase of up to 40% in electric car batteries due to raw materials