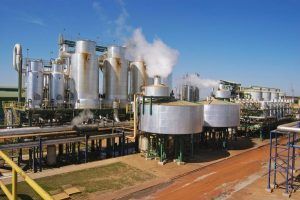 Attractive market for oil companies facing ANP auctions. Even with the lower oil price, some measures are being revised to boost the expectation of new business.

Attractive market for oil companies in the face of ANP Auctions. Even with the lower oil price, some measures are being revised to boost the expectation of new business.

Market shows signs of growth in the face of ANP Auctions. Accenture Strategy executive director Daniel Rocha (specialized in energy) informs that, although the market presents a scenario with lower oil prices than in the old days, we can have new hopes because a lot is being revised in the sector . New business opportunities are emerging, and an example of this is the sale of assets by Petrobras and other large companies such as Maersk, according to Petrorio (formerly HRT).
[adrotate banner=”10″]

US$ 1 billion in holdings

Nelson Queiroz Tanure, president of Petrorio (former HRT), recalls that in 2013, his company almost succumbed and since then his efforts have been directed towards mature fields (which no longer attract the attention of foreign companies). According to President Nelson, mature fields are assets that represent the company's expertise. Participations of up to US$1 billion are in the company's plans to purchase fields that are already in the production phase.

The president of Ouro Preto, Rodolfo Landim, confirms the favoring of companies in the face of the sale of Petrobras assets. This action represents an opportunity mainly for Brazilian companies that dominate knowledge of the country's sedimentary basins. Rodolfo recalls that in 2016 the price of a barrel was less than 30 dollars and today it is around 77 dollars. The companies were favored with the improvement in the price of oil, adds Rodolfo, who was an employee of the state-owned company and a former executive of Eike Batista's group.

The current scenario shows the return to growth of oil groups on the Stock Exchange. Large multinationals are more confident and are returning to Brazil with strength. “For companies of our size, it is important that they (the multinationals) are here in the country, because it allows us to be linked to them”, says the president of Queiroz Galvão Exploração e Produção (QGEP), Lincoln Guardado”.

Also in July this year, the ANP will open a bid for 158 blocks for oil exploration, bringing great business opportunities. The new model of ANP auctions represents a major driver for oil companies in Brazil. The consultant Rocha, from the company Accenture Strategy, explains that at times a given block may not be attractive, but with the rise in oil prices, it can become big business.