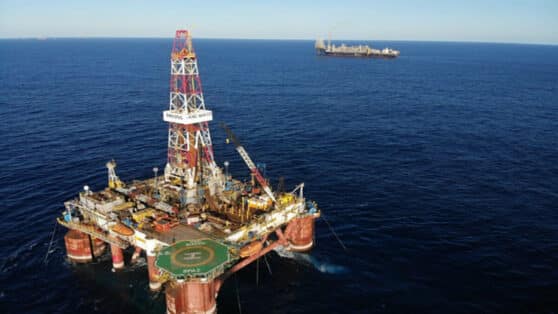 After completing the sale of the Aquadrill offshore oil drilling platform, PetroRio intends to use the structure and equipment to boost its exploration and production of the fuel in Brazilian fields

In a meeting held between the companies last Tuesday (10/05), Aquadrill signed a memo agreement with PetroRio for the future sale of the Capricorn offshore oil drilling platform. This structure will be essential for the Brazilian company's operations to become even more efficient and productive during the next drilling in the national fields in search of reserves of this fuel.

Aquadrill, also formerly known as Seadrill Partners, has a strong presence in the offshore oil drilling industry worldwide and has now announced yet another deal with Brazilian companies. The PetroRio company signed a memorandum of understanding for the purchase of the Capricorn drilling rig for US$ 40 million, as a way of further expanding its search for new oil reserves in the national territory and intensifying its business in Brazil.

In addition, it was also announced by the companies that Arctic Offshore Rig acted as a broker in the sale and purchase of the offshore drilling rig. In addition, this sales process includes the rig in its current condition along with everything that belongs to it on board or ashore. With this, all the equipment that is in the structure will become PetroRio's and can be used to boost the company's business. Thus, the value of US$ 40 million comprises the entire platform and not just the Capricorn rig, the main focus of the transaction.

The projections surrounding the transaction indicate that PetroRio's strategy regarding the use of the drilling platform aims to exploit it in the national territory. This is because, with use within Brazilian oil fields, the company removes open market bids for drilling units. In addition, Aquadrill has received a non-refundable exclusivity fee of US$ 1 million, in addition to a deposit of US$ 4 million that will be paid by the buyer until June 22, 2022, as a means of ensuring the continuity of the sale.

PetroRio made a statement this week in which it states that the purchase of Aquadrill's offshore drilling platform will primarily focus on the domestic market. Thus, the structure, which is suitable for drilling water depths from 80 to 3,000 meters, will be used mainly in the revitalization campaigns of the company's fields. Despite this, the company does not rule out the possibility of operating in outsourced services or other businesses in the field, as long as they are within the national territory.

The company is increasingly looking for new oil reserves and, a few weeks ago, it obtained an operating license to drill new wells in its Frade field in Brazil. In this way, PetroRio sent the semi-submersible rig Norbe VI from Ocyan to the business, aiming to find new directions for the sector in Brazil. Now, with the purchase of Capricorn, it intends to raise the levels of search and drilling in Brazilian fields.