Antaq discusses problems in the movement of cargo in Brazilian ports, due to the lack of containers and high costs with international freight 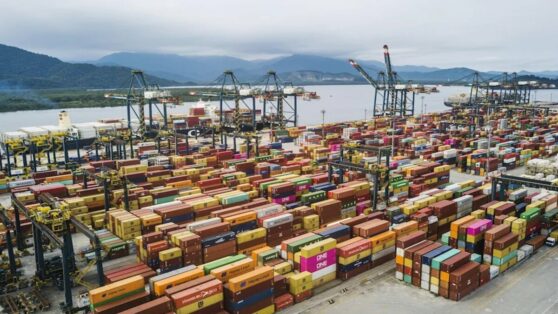 Although Brazilian ports have a large deficit of containers, the main problem surrounding cargo handling operations in Brazil, currently, is the high costs with international freight and the lack of predictability in the market, according to Antaq.

The National Waterway Transport Agency, also known as Antaq, commented last Tuesday, (26/04), on the issues that hamper the logistics of cargo handling in Brazil and stated that the high costs of international freight and the lack of market predictability are the main problems of Brazilian ports. Contrary to the lack of containers in the country, as many port complexes end up thinking.

One of the most present discussions within the Brazilian port sector in recent months is the lack of containers in the country and how this problem has been affecting the logistics chain of cargo handling in the domestic market. However, Antaq opened a discussion on other more important issues in the current port segment and stated that that's not the main reason of Brazilian exports have been showing a drop during the last few months.

Thus, Antaq highlights the increase in international freight and the lack of predictability for loading and unloading cargo in some regions as the main challenges faced by the domestic market. The agency also highlighted, in an official note, that “In exports, cargoes have been accumulating in ports awaiting shipment. As for imports, the national production chain has suffered from the lack of raw materials that fail to arrive in the country on schedule”.

In addition, another problem that has been very present in recent months that has contributed to these results in cargo handling logistics in Brazilian ports is the closure of ports as a result of the covid-19 pandemic and the congestion of ships abroad directly affect Brazilian ports because the shipping lines are highly connected. However, this is an issue that has been resolved over the last year and does not impact the country as strongly as the high costs of international freight, for example, and the lack of containers in Brazil.

Container crisis that affects Brazil is motivated by the international market and cannot be taxed as a matter of merely internal logistics, according to Antaq

Still talking about the main issue of the port sector currently in Brazil, the high cost of international freight, Antaq commented that a large part of this problem has been caused by the container crisis, but that this is a matter of the international market. Thus, this lack of equipment was motivated by the high demand in the major exporting ports, such as Asia, the United States and Europe, which are more profitable compared to other countries, such as Brazil.

In addition, these countries still have a serious logistical issue, which is the lack of drivers for cargo transport operations within their own nations, which also impacts the final logistics of cargo movement between international ports. As a result, exporters are penalized with delays in the delivery of products, high freight prices and charges for the time the cargo stays in ports, causing a chain problem in ports around the world.

Therefore, Antaq reassures the Brazilian port sector regarding the problems with containers and is willing to continue making efforts to reduce the high costs of international freight over the next few months in the country.

Tags: Antaq - National Waterway Transport AgencycontainersFreightcargo handlingports
previous post Reduction of tariffs for cargo transport in the Port of Santos after privatization should increase competitiveness and attract ventures, according to Ministry of Infrastructure
next post New Heineken factory in MG promises to generate more than 11 thousand jobs and run 100% with the use of renewable energy