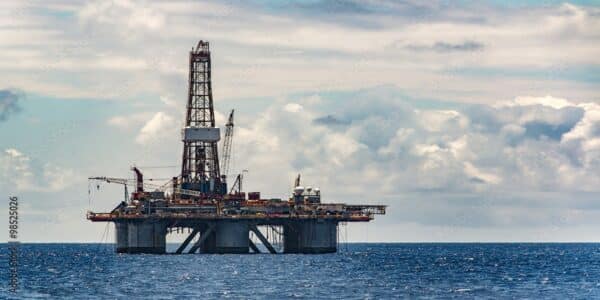 The board of the ANP approved this Friday, April 29, 2022, the public notice and models of the contracts for the Permanent Production Sharing Offer (OPP). In this public notice, the date scheduled for the auction to take place is at the end of 2022 and provides for negotiations for 11 blocks located in the pre-salt polygon.
The aforementioned public notice has already undergone public consultation and hearing and the procedures have been forwarded for approval by the MME (Ministry of Mines and Energy), and will then be submitted to the TCU (Union Court of Auditors) for consultation.

As the website says petronews, at first the Permanent Offer was in the form of a bidding process aimed at the concession contracting regime, but this offer did not protect the possibility of including pre-salt areas. However, this fact changed with the publication of a resolution by the CNPE (National Energy Policy Council) that established the rule that fields or blocks in the pre-salt area or in underlying areas could be tendered under the Permanent Offer system.
The Ágata, Água Marinha, Esmeralda, Jade, Turmalina and Tupinambá blocks are the blocks that will be auctioned through the public notice approved by the ANP. These were scheduled to be offered for auction in the 7th and 8th production sharing rounds, in the Santos Basin. In addition to these blocks mentioned above, blocks that were not offered in sharing bidding rounds will also be auctioned. They are Itaimbezinho, Norte de Brava, Boomerangue, Cruzeiro do Sul and Sudoeste de Sagittarius, respectively belonging to the following rounds: 4th Sharing Round, Campos Basin, 6th Sharing Round, Campos Basin, 6th Sharing Round, from Santos.

OPP and OP use different techniques for data transparency to customers

Unlike auctions Petroleum, which use the 17th Concession Round, 6th Sharing Round – for example – the Permanent Offer regime authorizes the access of registered companies to the technical data of the areas in which they have expressed interest. This happens without a deadline predetermined by a public notice and the areas remain in continuous supply.
The Permanent Sharing Offer combines the competition model with the production sharing regime. This union has the right to a portion of the oil and gas produced in the fields. In the described regime, the Petrobras has preemptive rights, where the company indicates the percentage of contribution in the consortium that will hold the contracts. That said, Petrobras declared preference for the Água Marinha and Norte de Brava pre-salt blocks, where it will have a 30% stake in the blocks.

The ANP concluded this Wednesday, 04/13/2022, the 3rd cycle of the Permanent Offer that negotiated 59 pre-salt exploratory blocks, raising about R$ 422 million in signature bonuses. The result of the offer was satisfactory, since the OP model was used. Other factors were also very beneficial, such as, for example, in terms of revenue for the Treasury, the bonds and the auctioned areas. Comparing past years, the 1st Cycle of the Permanent Offer in 2019 moved R$ 15.3 million and traded 33 assets, while the 2nd Cycle, in 2020, raised R$ 30.9 million in bonds and sold 17 concessions. The goodwill in this context was approximately 854% and, in all, 13 different companies won areas in the bidding.

International companies are leaders in the auction of pre-salt blocks

The international companies TotalEnergies, Shell (represented by its consortium) and Ecopetrol were the protagonists of the auction, which took place between 2019 and 2020, in a dispute for the pre-salt blocks located in the waters of the Santos Basin.

Petro-Victory and Origin Energia, which stood out as the companies that bought the most blocks, were all located onshore. The company Origin bought 18 blocks in total, with an emphasis on the Sergipe-Alagoas Basin, where the Alagoas Pole is located, an asset purchased by the company from Petrobras for around US$ 300 million. Petro-Victory took 19 areas of pre-salt blocks.