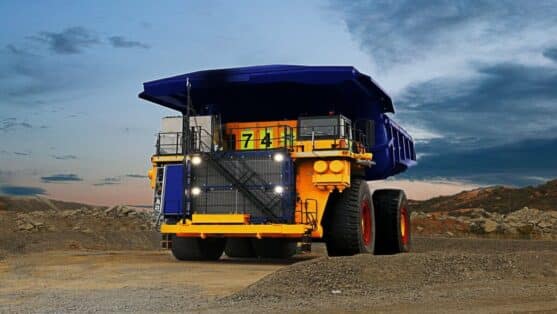 Anglo American's new bet for the mining sector is the replacement of its current vehicle fleet by the new truck with hydrogen-based fuel technology to reduce the emission of polluting gases into the atmosphere during use.

Anglo American presented last Friday, (06/05), its latest innovation for its production plants in the mining sector worldwide, the sustainable truck. The vehicle features hydrogen-based fuel technology and will be able to significantly minimize carbon emission in the atmosphere, thus ensuring a much more efficient environmental commitment within the company's production chain in Brazil and worldwide.

The search for increasingly sustainable alternatives in the production chains of various sectors is more present worldwide and now Anglo American has launched its newest project for the initiative. The company revealed its truck with hydrogen-based technology to reduce emissions into the atmosphere. In addition, the vehicle will be capable of carrying up to 290 tonnes and is part of the company's nuGen zero-emission transport solution, announced in recent years.

The company also stated that, over the next few years, it intends to replace its entire fleet of 40 vehicles with the new truck presented. In this way, it will ensure that operations in the mining sector can be increasingly sustainable, since there will be a minimization of carbon emissions with the use of hydrogen to supply the fleet. Vehicles currently used consume around one million liters of diesel annually, which contributes negatively to environmental impacts.

Thus, Duncan Wanblad, CEO of Anglo American, commented on the plan to neutralize carbon emissions in the atmosphere by the year 2030 that the company has. The executive stated that this initiative is essential to the plan and highlighted: “In the coming years, we plan to convert or replace our current fleet of diesel-powered trucks with this zero-emission transportation system, fueled with green hydrogen. If this pilot is successful, we could remove up to 80% of diesel emissions from our open pit mines.”

The mining sector is still the one that contributes the most to environmental problems today within the national territory and Anglo American seeks, little by little, to change this scenario. As such, the truck will feature state-of-the-art technology consisting of a hybrid hydrogen fuel cell providing approximately half of its energy, with a battery providing the other half, to allow energy recovery from braking.

With this, the hydrogen will be able to carry out a chemical reaction with the other substances and guarantee the necessary fuel for the operations in the mining sector. And in addition to being a highly useful technology for the environment, this truck will also have a strong influence on the company's operations. This is because the load capacity of 290 tons will be essential for Anglo American to be able to guarantee more efficiency in the transport and flow of cargo.

Now, the company says that it will focus its efforts on replacing its entire fleet with the new truck by the year 2030 and hopes to reach the mark of neutrality in the emission of polluting gases such as carbon by the end of the established deadline.