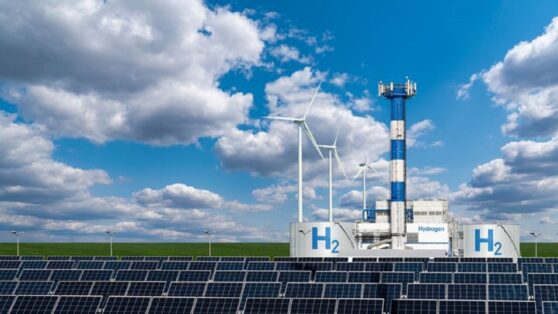 The Ambassador of Brazil in Portugal says that green hydrogen can replace coal and oil by 2050 and that companies in Portugal can be major producers of the fuel in the country.

This Monday (18), the ambassador of Brazil in Portugal defended that the use of green hydrogen is the best fuel in the world for replacing coal and oil, also stating that the barrel of oil will be replaced by the barrel of green hydrogen by 2050. According to Raimundo Carreiro Silva, during the opening of the Forum “The Challenges of Development – The Future of State Relations”, which is taking place in Lisbon until this Thursday (21), it is necessary to mitigate dependence on coal and oil so that global warming is reduced, and green hydrogen has proved to be a great tool for this impasse.

O ambassador of Brazil states that there is no possibility of completely replacing oil and coal with electricity, so green hydrogen is the solution.

Carreiro also highlights that h2b is a great opportunity to further strengthen partnerships and integration between Brazil and Portugal through the production and export of fuel, which will be the energy raw material that will take the place of oil, natural gas and coal by 2050. For the ambassador of Brazil, the largest renewable energy groups in Portugal and Brazil will play an extremely important role in the transition to clean and carbon-free fuels.

According to Carreiro, energy business groups in Portugal, with emphasis on galp and EDP, can become major producers and traders of green hydrogen in Brazil, using the country's wealth and potential in solar and wind energy. Production could be for both domestic demand and for export to the European Union market, which shows promise, eliminating the ties to the Oil and Gas Oligopoly.

FIBE says Brazil could be a protagonist in Green Hydrogen

Previously, Vitalino Canas, chairman of the Board of Directors of the Forum for Integration Brazil Europe (FIBE), had already argued that Brazil should project itself as a power with a global vision in the Atlantic space.

Brazil has a chance to become a new protagonist in international green hydrogen production chains, in trade and also, from a geopolitical point of view, to project itself as a power with a global vision in the Atlantic space, not only in the South Atlantic.

The Brazil Europe Integration Forum (FIBE), which is taking place in Portugal until this Thursday in Lisbon, develops discussions on the paths towards economic and social well-being through the transformations imposed by the digital revolution, the European war and Covid. -19.

The projects to make the commercial production of green hydrogen viable, driven by the interest of institutions from other countries, already exceed US$ 20 billion, focusing mainly on exports.

Currently, the main projects are focused on the port of Pecem, in Ceará, in Porto do Açu, in Rio de Janeiro and also in Porto de Suape, in Pernambuco.

In Ceará, between February and September of last year, about 9 companies have already signed memoranda of understanding for the production of sustainable fuel that can replace Oil and Coal by 2050.

In September, Portugal's multinational EDP announced its first H2V plant in the state, which is expected to start operations later this year, with an initial investment of R$ 42 million.

Tags: coalHydrogengreen hydrogenOil, Oil and Gas
previous post Burger King announces the opening of 1500 job openings for candidates from all over Brazil
next post High prices for essential minerals for the manufacture of electric cars, such as nickel, bring great opportunities for Brazil