per Valdemar Medeiros
-
–
in Solar energy 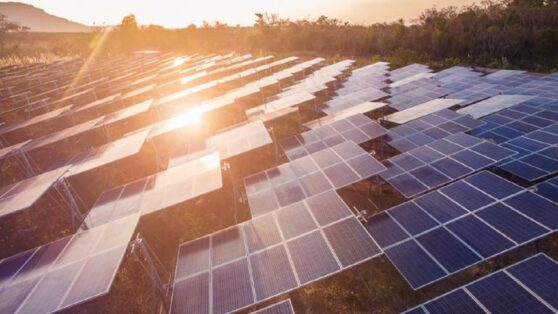 Alesp agrees with the measures taken by Confaz to exempt solar energy equipment, such as panels and heaters, from the Tax on Circulation of Goods and Services (ICMS).

O Plenary of the Legislative Assembly of the State of São Paulo (Alesp), said in a session held this past Tuesday (26), that he agrees with the initiative of the National Council for Finance Policy (Confaz) to withdraw the Tax on Circulation of Goods and Services (ICMS) for components and solar energy in the state. The ICMS exemption decision also includes solar water heaters and solar panels to the list of components that focus on renewable energy generation that are exempt.

O Draft Legislative Decree 16/22 affirms agreement to Convention 24/22, which has already been corrected by State Decree 66.674/22. According to the president of Alesp, deputy Carlão Pignatari, solar energy is a cheap and effective source within Brazil and it is necessary to encourage its use so that more and more families, institutions and companies install solar energy equipment.

Confaz is made up of the Secretaries of Finance from all Brazilian states and the Federal District, and is responsible for accelerating agreements and discussing and approving exemptions and other ICMS tax incentives. Alesp also developed Alesp Preserva last year, a sustainability program with the aim of encouraging actions to combat climate change and preserve natural resources.

Among the actions of the program, a plan for the installation of solar energy equipment at Palácio 9 de Julho so that renewable energy can be used at Alesp's headquarters. A study carried out in January showed that it is feasible to install solar energy equipment on the building's terrace, which should be done in 2022. The site has an area of 36 thousand square meters and with the installation, it is estimated that Alesp has savings of R$ 30 thousand per month in electricity.

THE Favela Marte, located in São José do Rio Preto, will be the first community fully supplied with solar energy in Latin America. The site will serve as the basis for a larger project that aims to generate income and social development for residents.

The community, which is known as Vila Itália, began to emerge in 2014 and for several years, the population was the target of lawsuits, which aimed to expropriate the private area. A new setback came when the sector was contemplated to serve as a basis for the Favela 3D project, for the creation of a dignified, developed and digital environment.

The project was prepared by the NGO Gerando Falcões and comprises the application of several actions, coming from the public and private sectors as well. For example, the fintech Meu Financiamento Solar and Banco BV will finance the installation of solar panels in the 240 homes in the community.

Solar energy market in Brazil in 2021

Brazil was the fourth country that grew the most in terms of solar energy installation in 2021, given that this source corresponds to 2.4% of the entire energy matrix from the country.

According to data released by the Brazilian Association of Photovoltaic Solar Energy (Absolar), the country surpassed the mark of 14 GW of installed power in operation, which is greater than the installed capacity of the Itaipu hydroelectric plant. Also according to Absolar, the installation of solar energy was responsible for reducing the emission of 18 million tons of CO2 in electricity generation in Brazil.