After approval by the Federal Revenue Service, the Port of San Francisco opens a new gate and expands the infrastructure for the transport of cargo and the circulation of trucks 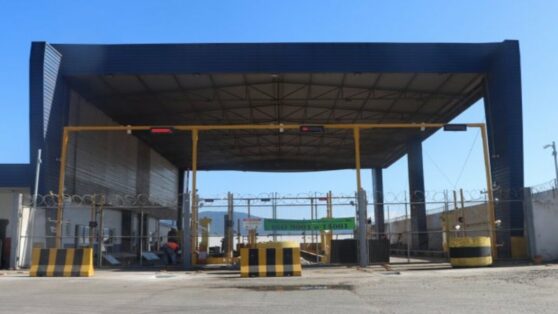 With the authorization granted by the Federal Revenue Service, the Port of São Francisco was able to complete the opening work again gate in the complex and expanded its infrastructure to achieve even more efficiency in truck circulation and cargo transportation

The administration of the Port of São Francisco, located in the state of Santa Catarina, received authorization from the Federal Revenue Service to complete the work to open the new gate and inaugurated the structure this Friday, (13/05). Now, the trucks that transport cargo in the complex will have an even more efficient infrastructure to ensure faster and safer activities.

Investment in infrastructure is the main objective of the current Brazilian port sector, with the aim of attracting even more investors to the complexes. And, this Friday, the Port of San Francisco took another step towards an even more efficient future in on-site cargo transport operations. This happens because a new one has been opened gate for the circulation of trucks that carry out the loading and unloading operations of goods within the complex.

This is a work that has been awaited for some years, but only now has the Federal Revenue granted the necessary authorization for the opening of the structure. And, although the construction of three new scales has already been completed to further expand the site's infrastructure, only one will open for operation in this first week. This is because some inspections and analyzes are still necessary regarding the safety of the equipment, so that the gate start working at full speed for the circulation of trucks.

In addition, the administration of the Port of San Francisco stated that, over the next few weeks, it will continue to invest in the infrastructure of the place to open the other scales and bring even more efficiency in cargo transport. Currently, the port has an average flow of 500 trucks per day, equivalent to 1,000 movements, with only two scales. And, at the end of the port infrastructure project, with the beginning of the use of five scales, it will be possible to serve up to 1,500 trucks per day, reaching 3,000 movements.

The new plan for infrastructure works for the Port of São Francisco assured the gate opened this week a cutting-edge technology that aims to bring even more efficiency and safety in cargo transport operations. Thus, the site has an automated system to carry out the inspection of the entry and exit of trucks at the port. In addition, there is also biometric recognition of drivers, through the palm of the hand, which will prevent them from having to get out of the trucks.

Finally, the structure will also have some modern cameras that will be responsible for reading and identifying vehicle license plates, speeding up cargo handling. And, with all this investment made by the port, the cargo transport infrastructure will become increasingly efficient within the port complex in the coming months.

Thus, the president of Porto, Cleverton Vieira, commented on the importance of the business for the Port of São Francisco and for the expansion in cargo transport, stating that “The work, with an investment of R$ 4 million, has been awaited for years by the community. port, as it will make it possible to overcome a historic bottleneck in the movement of trucks in the Port, significantly optimizing the loading and unloading of goods”.

Tags: trucksgateport of san franciscoIRSCharge transport
previous post Mechanic, electrician and several other job openings are being offered by AngloGold to work in gold mining in Minas Gerais and Goiás
next post Ford warns of safety recall and withdraws more than 250,000 SUVs due to a defect in the rear axle mounting bolt that points to a technical failure and prevents it from parking