After a new increase in the price of diesel, truck drivers start a strike in Espírito Santo with no return forecast 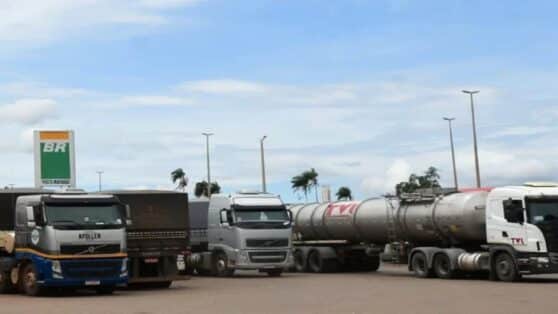 Truckers carry out a strike in Espírito Santo due to the increase in the price of diesel announced by Petrobras and the Federal Government. The strike continues this Friday (13) and has no return forecast in the state.

On Thursday (12), truck drivers started a new strike with no return forecast in the state of Espírito Santo (ES). The announcement was officially made by the Union of Autonomous Road Transporters of Goods of Espírito Santo (Sindicam/ES), who explained that the cause of the strike refers to the increase in the price of diesel. The entity also highlighted that truck drivers, especially the self-employed, are the ones who suffer the most when there is an increase in the price of diesel. Therefore, the Espírito Santo union, Coopercolog, the ACA, and the representatives of the dumpsters came together to combat this increase.

the group of truck drivers and entities participating in the strike in Espírito Santo state that the situation has already become unsustainable, both in relation to the increase in the price of diesel and in relation to other inputs that are part of the truck drivers' routine.

At the beginning of the week, the Brazilian Association of Motor Vehicle Drivers (Abrava) expressed indignation with the new increase in the price of diesel and in a press release, Wallace Landim, representative of the truck drivers, who is nicknamed Chorão, said that both the The Federal Government and Petrobras changed the strategy of increasing fuel prices.

“In one week, natural gas becomes more expensive, in another, gasoline, diesel, and so on,” says Wallace. According to Wallace about the increase in the price of diesel, truck drivers and other entities cannot be quiet, as this increase will greatly impact the table of several workers.

In a note, Sindicam do Espírito Santo states that the scenario has reached its limit. “Sindicam/ES, ACA and Coopercolog, together with the representatives of the dumpsters, support this movement. We understand that the situation of the self-employed has become unsustainable after so many readjustments, whether in the price of diesel or the inputs that make up the truck driver's day to day, "says the statement.

The announcement about the diesel readjustment, which generated the truck drivers strike in Espírito Santo, was made by Petrobras last Monday (9), starting to take effect on May 10. Since then, the average price of fuel has gone from R$ 4.51 to R$ 4.91.

For now, only the value of diesel will be adjusted and cooking gas and gasoline remain unchanged. Diesel will be more expensive after 2 months without any price change, as the last one was made on March 11th.

At the time, the justification consisted of a reflection of the rise in market prices. When observing the latest readjustments made by the state-owned company, an accumulated increase of 47% in the oil company's refineries is seen. In a note, Petrobras said that the movement aims to standardize the onslaught of other fuel suppliers in the country, which have already promoted adjustments in sales prices in relation to the reality of the market.

According to the state-owned company, taking into account the mandatory blending of 90% of diesel A and 10% of biodiesel in the composition sold at gas stations, Petrobras' share of the price paid by consumers will increase by the average liter from R$ 4.06 to R$ 4.42.

Noting that this is the selling price at the pump. The readjustment took place while the quotations for both diesel and gasoline showed a delay in relation to the international scenario.

A disparity of -27% was seen for the former versus -22% for the latter. In the last week, international oil prices registered a high of 4%, in which the Brent barrel, which is more traded, continued above the margin of US$ 100.