After a new adjustment in the fuel prices charged by Petrobras, the price of gasoline soars to R$ 8.399 in Rio de Janeiro and diesel reaches R$ 7.89 in Bahia 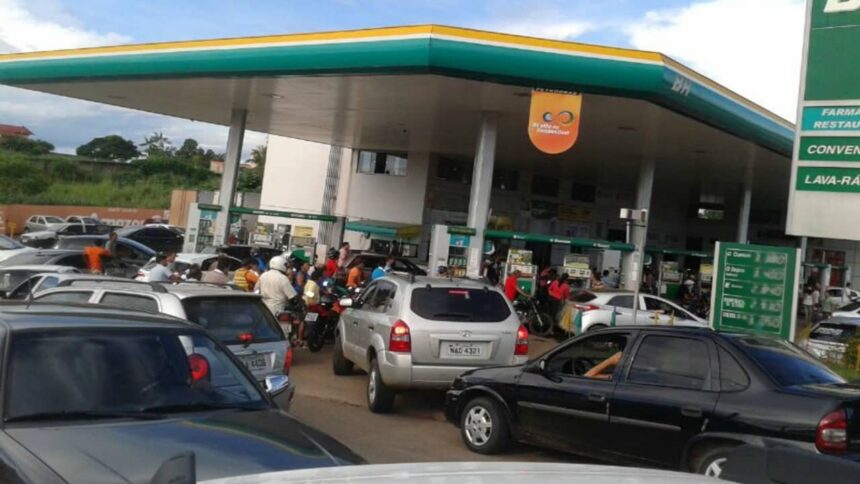 Gasoline and diesel prices rise by more than 15% at the fuel pumps, after the latest increase announced by Petrobras, and consumers have nowhere to run!

According to the most recent survey carried out by the National Agency of Petroleum, Natural Gas and Biofuels (ANP) in the week of March 13 to 19, the liter of gasoline reached R$ 8,399 at the pumps. Diesel, which directly impacts freight prices in the country, came close to R$ 8 and is already sold at R$ 7,980.

The highest price of regular gasoline in the week of March 13 to 19 was recorded in the Southeast region, where the fuel is already found at R$ 8,399.

“The price of diesel has been on the rise since the beginning of the year and, after the national readjustment in the price of fuels announced, the value starts to weigh even more in the pockets of drivers, especially for those who supply in the Northeast”, points out Douglas Pina, head of Edenred Brasil Urban Market.

In the analysis by state in relation to the accumulated of the first fortnight of the month, the pumps from Bahia had the highest averages for common diesel and S-10 diesel. The biggest increase for fuels compared to the February closing was also found in Bahia – 12,76% and 13,13%, respectively.

Piped gas, another fuel used by several segments, is also undergoing readjustments. According to the projection of the consultancy ARM, the price of the input may accumulate a high of 50% to 60% until August this year, if the barrel of oil remains at the current level in the international market. The readjustment contracts are quarterly. The next price change occurs in May, when there should be a rally around 20% – the same should happen in August.

According to Bruno Armbrust, a partner at the consultancy, the increases impact, above all, in large industries and in the value of fuel to supply vehicles. For residential consumers and small businesses, it is the opposite. The distributors' margin is higher and the cost of the gas molecule weighs less.

“Piped gas goes to different markets: industrial, vehicle supply, commerce, including for energy generation. In the case of large customers, industries, vehicular gas and thermoelectric plants, the gas component has a very large weight and the distributor's margin has a smaller weight. In the case of vehicular gas, the weight of the distributor's margin can even be from 10% to 12%, and for gas almost 90%”, said Armbrust.

Petrobras said that the new increase in the prices of gasoline, diesel and LPG was necessary for the Brazilian market to continue to be supplied, without the risk of shortages.

This move by the company was in the same direction as other fuel suppliers in Brazil who, before Petrobras, had already promoted adjustments in their sales prices, and necessary for the Brazilian market to continue being supplied, without risk of shortages, by the different actors. responsible for serving the various Brazilian regions: distributors, importers and other producers besides Petrobras.

Petrobras follows all governance rites and seeks a balance with the market, while avoiding passing on to domestic prices the volatilities of international quotations and the exchange rate caused by conjunctural events.

This positioning allowed prices at Petrobras refineries to remain stable for 152 days for LPG and 57 days for gasoline and diesel, even in this context of rising international prices. Read the full article here.