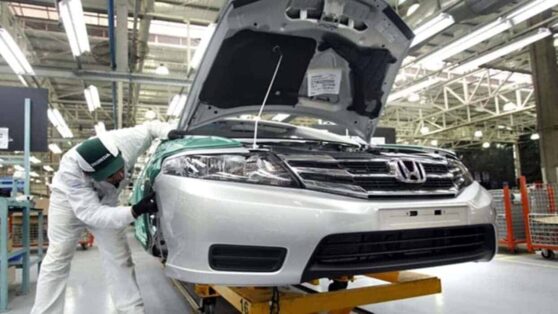 Honda partners with global giant General Motors and expects to reach 2030 producing 2 million electric cars a year, twice as much as Tesla, the segment leader

After North American, European or Asian automakers announced their electrification plans, it's time for Honda, another global giant, to present its e-mobility strategy of planning to spend 8 trillion yen (US$ 64 billion). Today, the Japanese automaker has more than doubled its goal: there will be 30 electric models by 2030. The targets were set out in a company presentation on April 12.

Most of the 8 trillion yen investment goes into electrification and software technologies. This includes about 43 billion yen in a demonstration line for solid-state battery production, expected to start in 2024.

With this, Honda expects to arrive in 2030 producing 2 million electric cars a year, double what Tesla, leader in the segment, produces today. For comparison, Toyota aims to produce 3.5 million vehicles of the type per year in 2030, and Nissan wants that, by that year, half of its production will already be electric.

Like Toyota or VW, Honda is planning to leapfrog battery technologies.

It will not be an easy transition for the maker of one of the most powerful and reliable internal combustion engines on the market, which, to realize its ambitious plans, recently entered into an EV partnership with GM on its Ultium platform, which will result in the first electric Acura. It also aims to develop that unicorn category of electric cars below US$ 30,000 that Tesla has put on the back burner as it has its hands full with a not-yet-released Cybertruck or Roadster 2 model.

Out of respect for partnering with global giant GM, as well as Toyota or VW, Honda is planning to leapfrog current battery technologies, and told the market it wanted to establish a dedicated EV production line in North America, where will also purchase Ulcio batteries from General Motors Co. The Japanese brand is also considering a separate joint venture to produce batteries there, in addition to its partnership with General Motors.

That's a pretty ambitious goal, as the biggest EV battery manufacturer CATL is quite skeptical of any timeline for mass production of solid-state batteries that falls before 2030. This is the year that most legacy automakers set it as the defining moment for the full electrification of its lists, and Honda is no longer the last held back here, aiming to have 30 EV models by then, with two million units in annual production volume.

“This puts them in good company with many other manufacturers who have made big announcements for batteries … ultimately, the world will leave internal combustion engines behind,” said Christopher Richter, an analyst at CLSA.

Honda says it does not intend to give up hybrid cars, which combine combustion engines with electric batteries

Honda even plans to have an electric car factory in North America, where it will also produce Ultium batteries, which were developed by General Motors and are now being licensed to other automakers.

The partnership with General Motors also includes the development of electric cars, as announced above. A second partnership was signed with Sony for the same purpose. Also in the plans is a battery factory, independent of the initiative with GM.

Despite the announcement, Honda says it does not intend to give up hybrid cars, which combine combustion engines with electric batteries. “By no means is this the end of hybrids or are we replacing hybrids with EVs,” said the CEO Toshihiro Mibe during the ad. “We are going to improve our current hybrids and use them as a weapon in our business”, he declared.

Tags: battery for electric carsEletric carsGM - General MotorsHondaTeslaToyota
previous post Group of architecture students build prototype solar-powered greenhouse capable of growing food and producing energy without human assistance
next post Gasoline from Brazil is among the most expensive in the world, according to an analysis by Global Petrol Prices