After buying a Shell unit in RJ and seeing shares evaporate, Raízen approves the construction of plants in SP and will be the only world producer to operate four cellulosic ethanol plants on an industrial scale

per Flavia Marinho
-
–
in Plant and Agribusiness 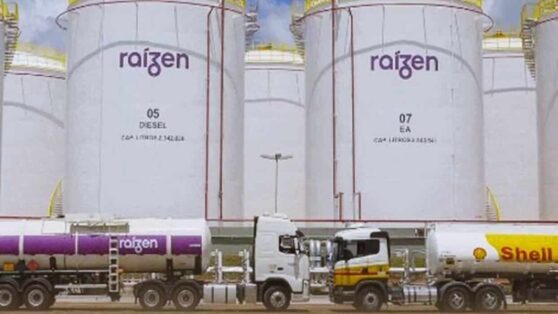 The oil giant Shell Brasil, announced on May 2nd that it concluded the sale of its lubricants division in Brazil the largest global ethanol producer, leader in the production of sugarcane, ethanol and bioenergy in Brazil.Raízen, who saw his shares evaporate in the stock market!

The negotiation of Raízen, a joint venture between Cosan and Shell that acts as the exclusive agent for selling Shell's lubricants in the country, came after the expiration of a 10-year contract between the companies.

According to the Shell statement, as of May 1, 2022, the lubricants plant in Ilha do Governador, in Rio de Janeiro, based on oils in Campos Elíseos, in Duque de Caxias (RJ), the lubricants division for Shell Marine ships and the supply and distribution of lubricants in the country were transferred to Raízen.

The long-standing partnership between Shell and Raízen includes the retail, aviation and fuel distribution portfolios. The integration of the lubricants division into the joint venture will generate synergies between the two companies and guarantee a supply of lubricants and fuels with more opportunities for decarbonization.

“With an annual production capacity of 280,000 m³ of lubricants, the Ilha do Governador unit is strategically located, with an exclusive pier for import and export. The line of lubricants has innovative solutions for light and heavy vehicles, trucks and motorcycles, operating with the Shell Helix, Shell Rimula and Shell Advance brands, in addition to a complete line of products to serve the various industrial segments”, says the oil company in communicated.

Upon completion of the transaction, the Shell brand will remain in the spotlight, through the licensing agreement with Raízen. Customers will continue to have access to Shell-branded products and services.

Raízen approved the construction of the 3rd and 4th Second Generation Ethanol Plants (E2G) in the Barra and Univalem Bioenergy Parks, both in the state of São Paulo.

The announcement was made by the company yesterday (11/05). According to the ethanol giant, the investment in the construction of the plants will be R$ 2 billion, adding a capacity of 164 thousand m³ of biofuel per year.

The plants will add capacity of 164,000 cubic meters of biofuel per year and are expected to start operating in 2024.

According to the company, the expected investment already takes into account the current scenario of inflation and exchange rates for the supply and supply of machinery, equipment and labor.

With the new plants, Raízen will be the only producer in the world to operate four cellulosic ethanol plants on an industrial scale with a total installed capacity of 280,000 cubic meters per year, of which 80% of the volume was sold under long-term contracts, added company.

Raízen had a record adjusted net income of R$ 1.21 billion in the third quarter of the 2021-2022 crop year, corresponding to the fourth quarter of 2021. The result, on a pro forma basis, far exceeded the R$ 384 million recorded by the company in the same period of 2020. The accounting net income reached R$ 1.4 billion.

Net operating income reached R$ 55.3 billion in the quarter, an increase of almost 50% yoy, and R$ 142.7 billion in the first nine months of the crop year, representing a jump of almost 60%.

O EBITDA – adjusted earnings before interest, taxes, depreciation and amortization totaled a record R$ 3.36 billion, up 5.6% year-on-year. In the nine months of the crop year, the result increased by 39.4% in the annual comparison and ended at R$ 8.92 billion.

Raízen, a joint venture between Shell and Cosan, is an integrated energy company, leader in the production of sugarcane, ethanol and bioenergy in Brazil. Raízen has 35 sugar, ethanol and bioenergy production units, 1.3 million hectares of cultivated agricultural land, a network of more than 7,300 Shell-branded service stations, 1,300 Select convenience stores and more than 4 thousand commercial customers in Brazil, Argentina and Paraguay.