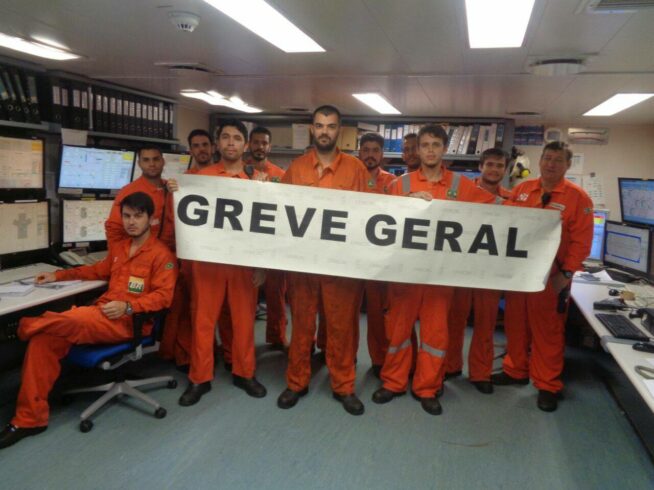 NEW UPDATES ABOUT THIS STRIKE, CLICK HERE FOR MORE INFORMATION

Replan and Recap oil tankers anticipated the strike to this Monday and on the 30th, it will be a national general strike

The oil tankers' strike was anticipated at two refineries in São Paulo, Replan in the municipality of Paulínia and Recap, in the city of Mauá. The union in charge of these two units is Sindipetro Unificado de São Paulo. Previously, the strike was scheduled for the 30th of this month with a duration of 72 hours, this in common agreement with the entire category at the national level, but Sindipetro Unificado decided to start today. We still don't know if the other institutions will keep to the agenda. It is expected that the administrative sector of these refineries will also cross their arms, not just the operational sector.

The motivation for the strikes aims to support the truck drivers' strike, who demand fair best practices for these daily changes in fuel prices, which are regulated by Petrobras, which, according to the union, favors only the foreign market to the detriment of Brazilians. Nowadays, the price of a barrel of oil is regulated by market variations, since this input is a commodity. In the PT era, these prices were “relatively frozen” because they were subsidized by the government, the bill ended up reaching Petrobras at the beginning of the crisis, causing it to change its pricing policies.

On May 30, the oil tankers' strike will be national in all Petrobras units, extending from administrative to operational offshore and onshore where there are oil and gas activities. Initially this strike will end on June 2nd. There is no information on whether outsourced workers (those who are not Petrobras employees) can participate in the strike as well. If the strike schedule is maintained, there will be no risk of falling production initially, but due to the lack of fuel at airports and offshore support vessels, the union intends to stop the embarkation and disembarkation of workers.